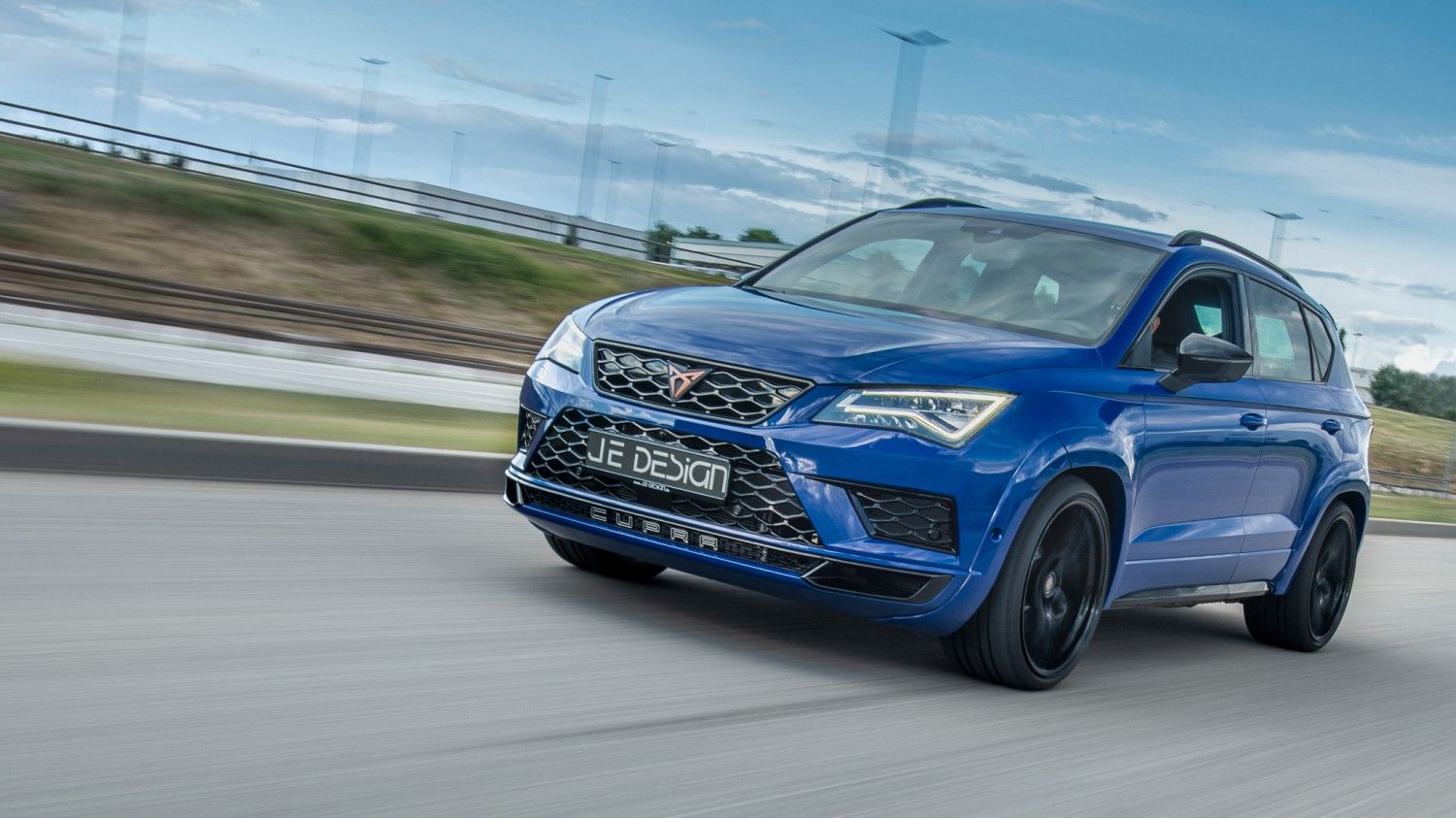 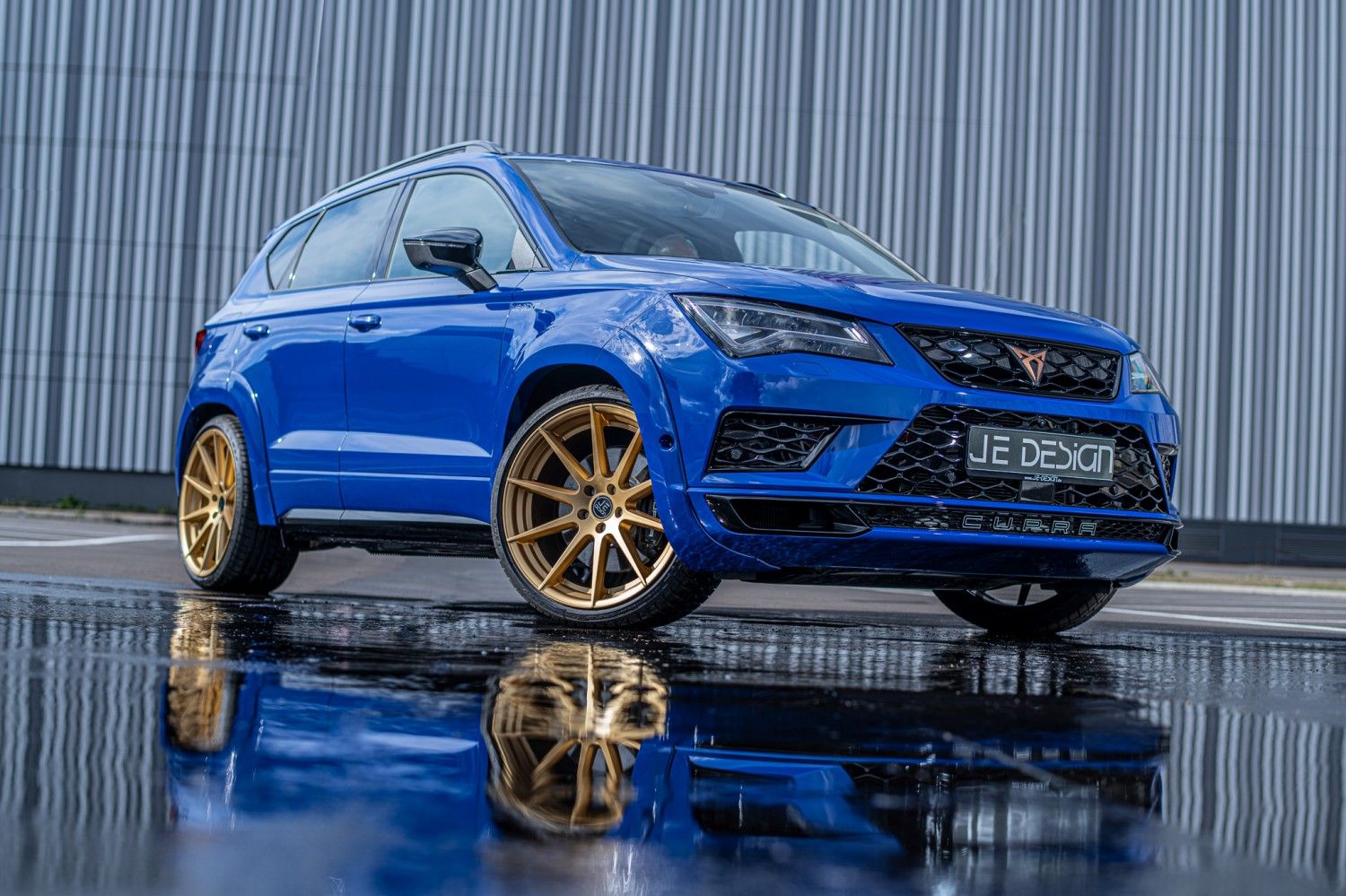 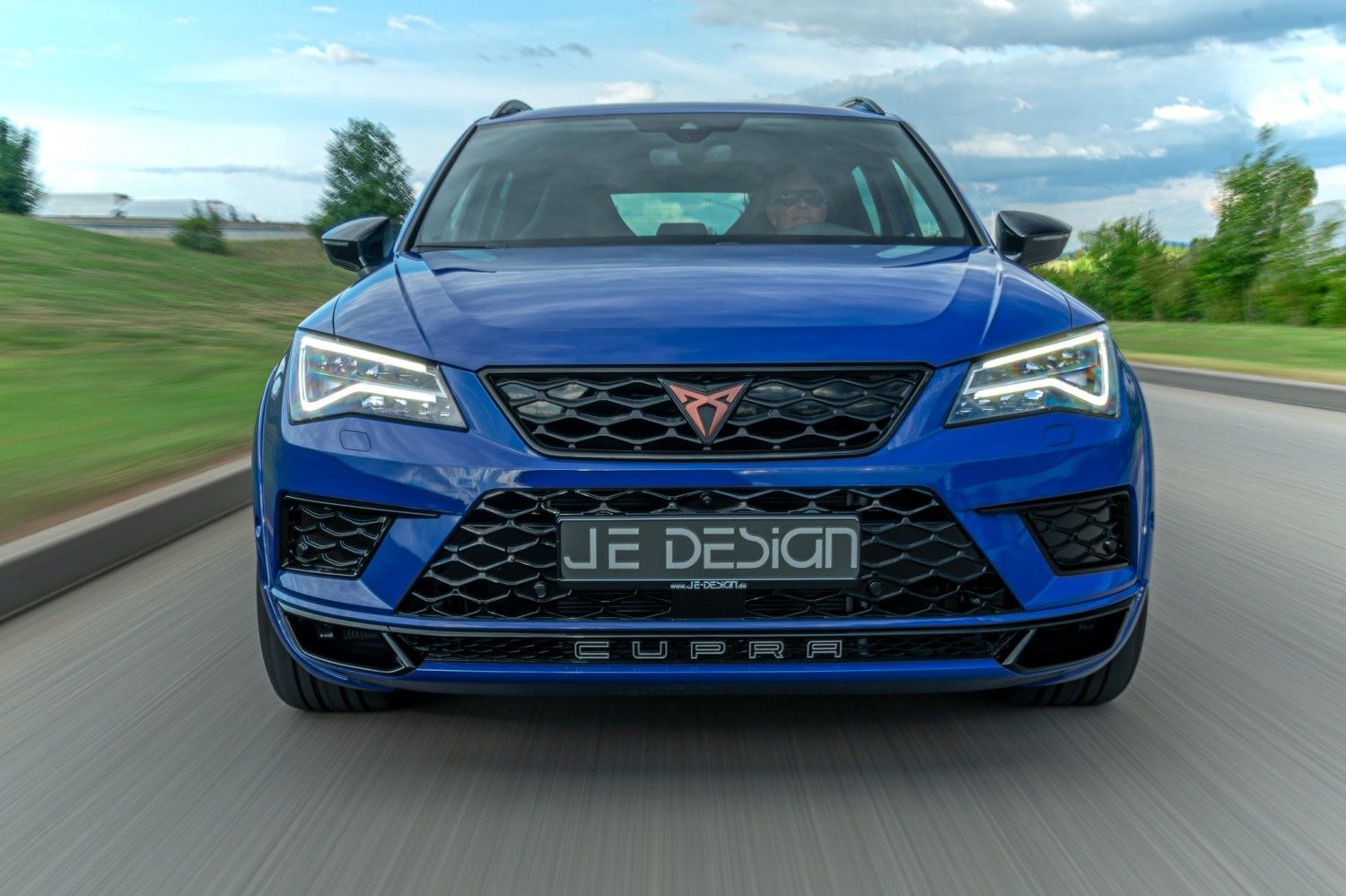 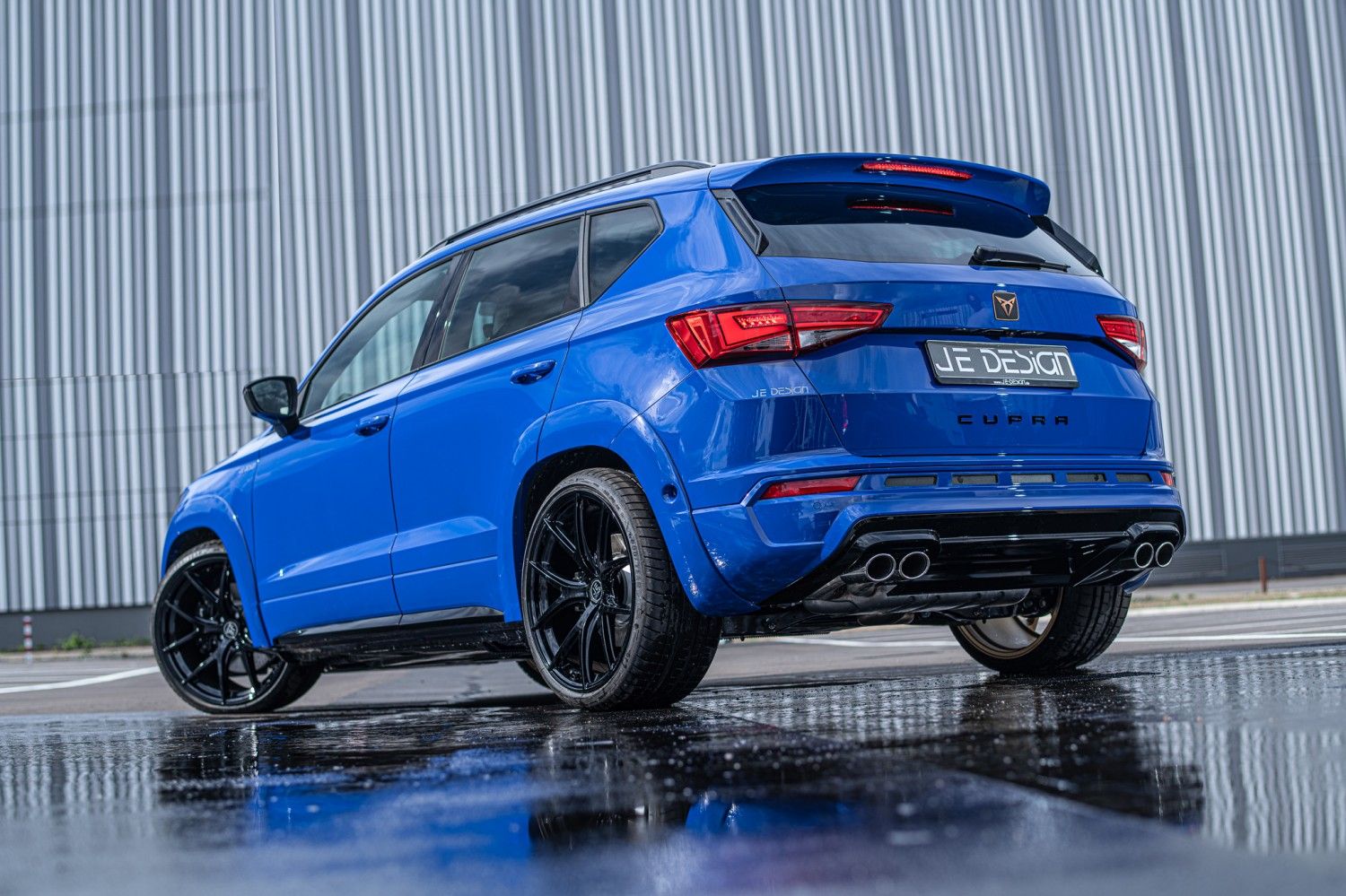 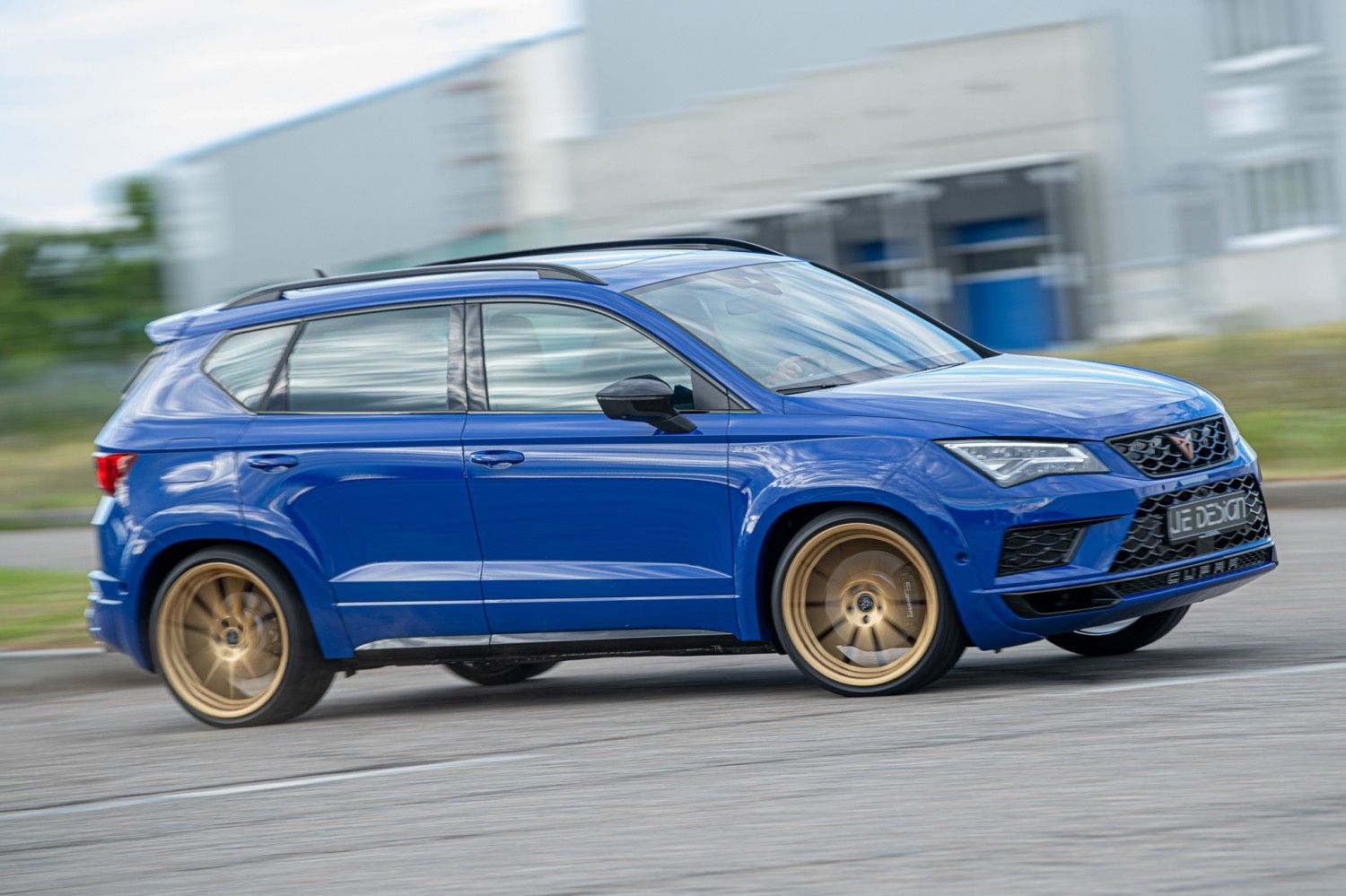 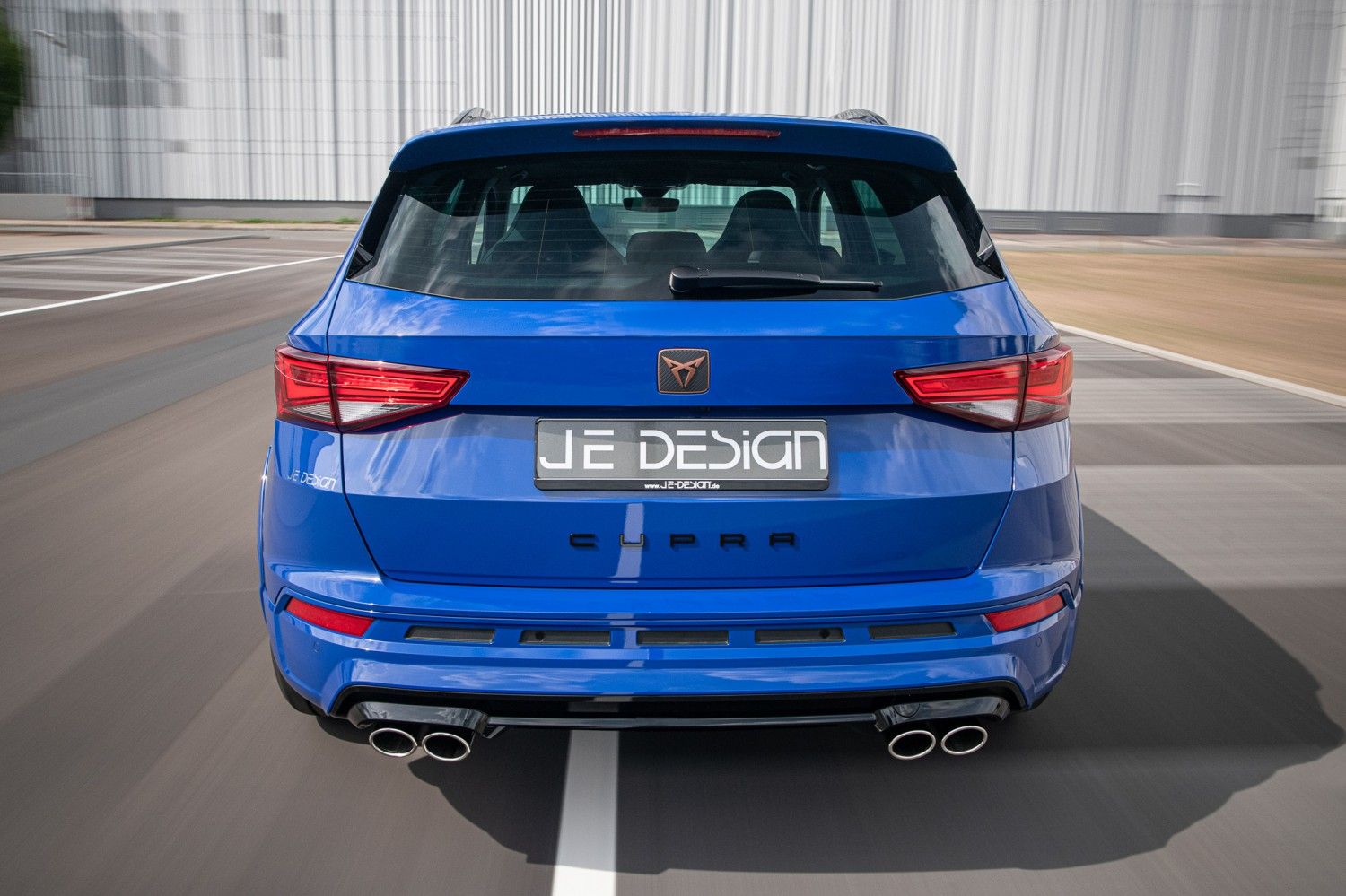 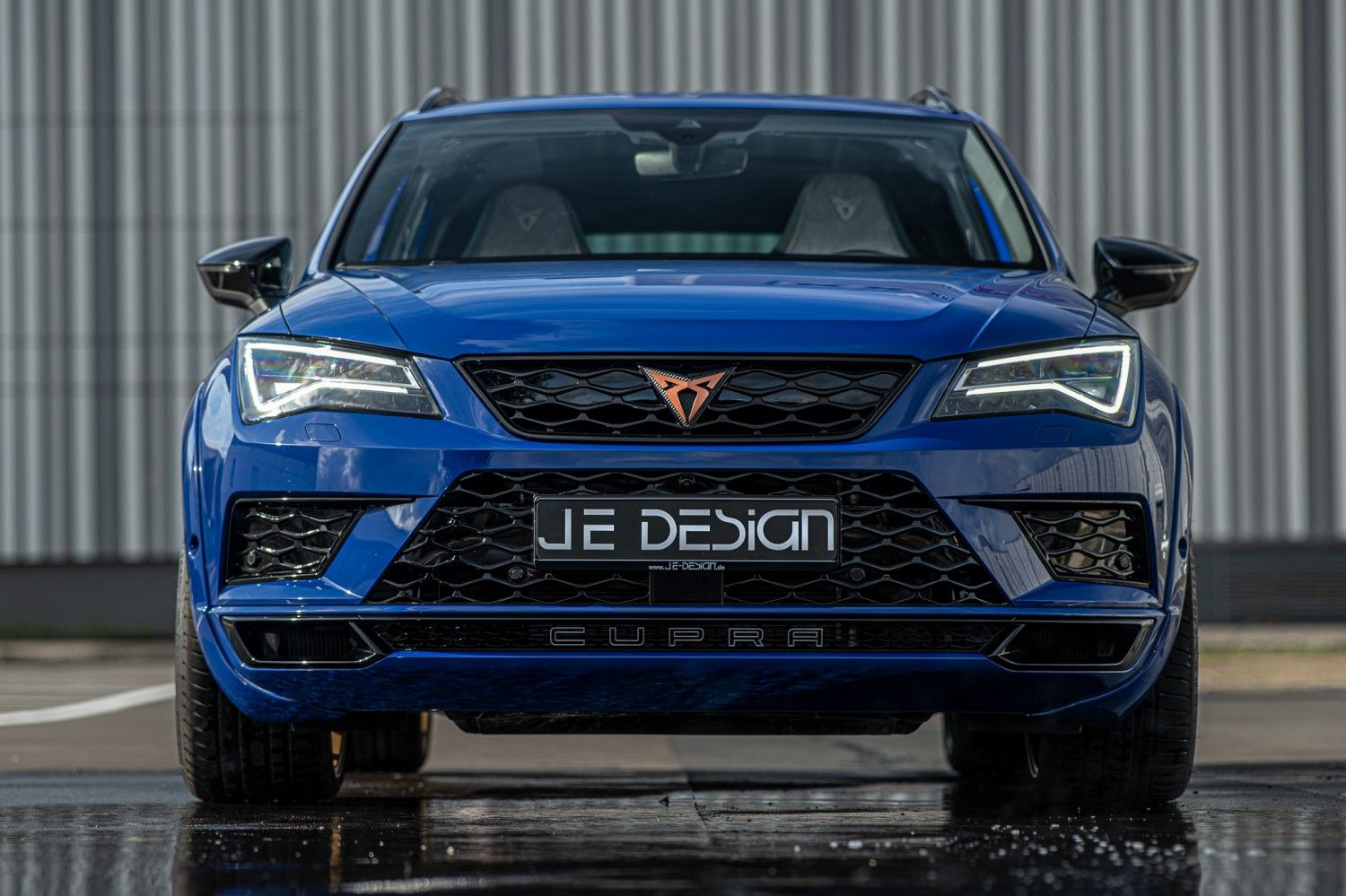 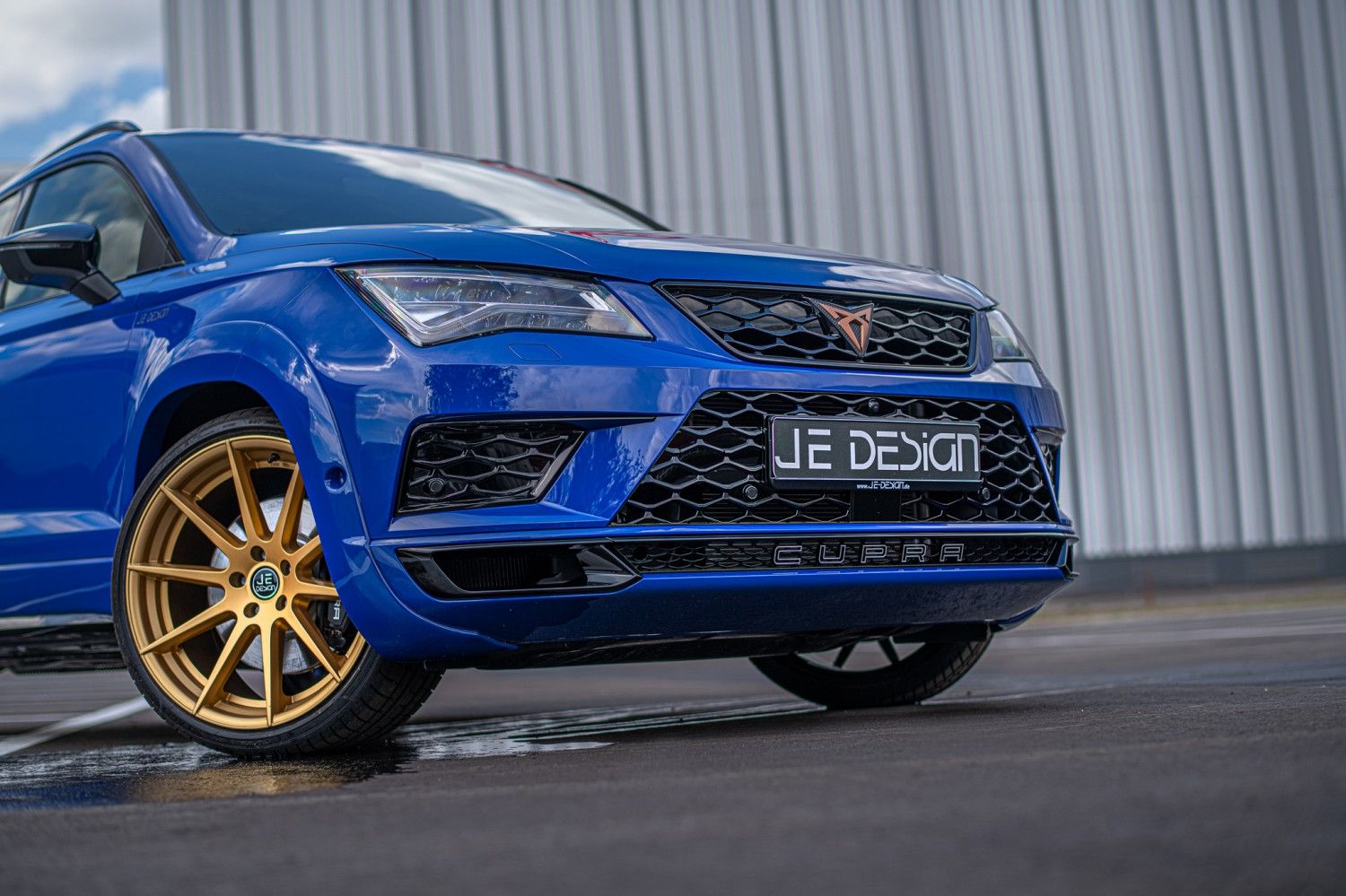 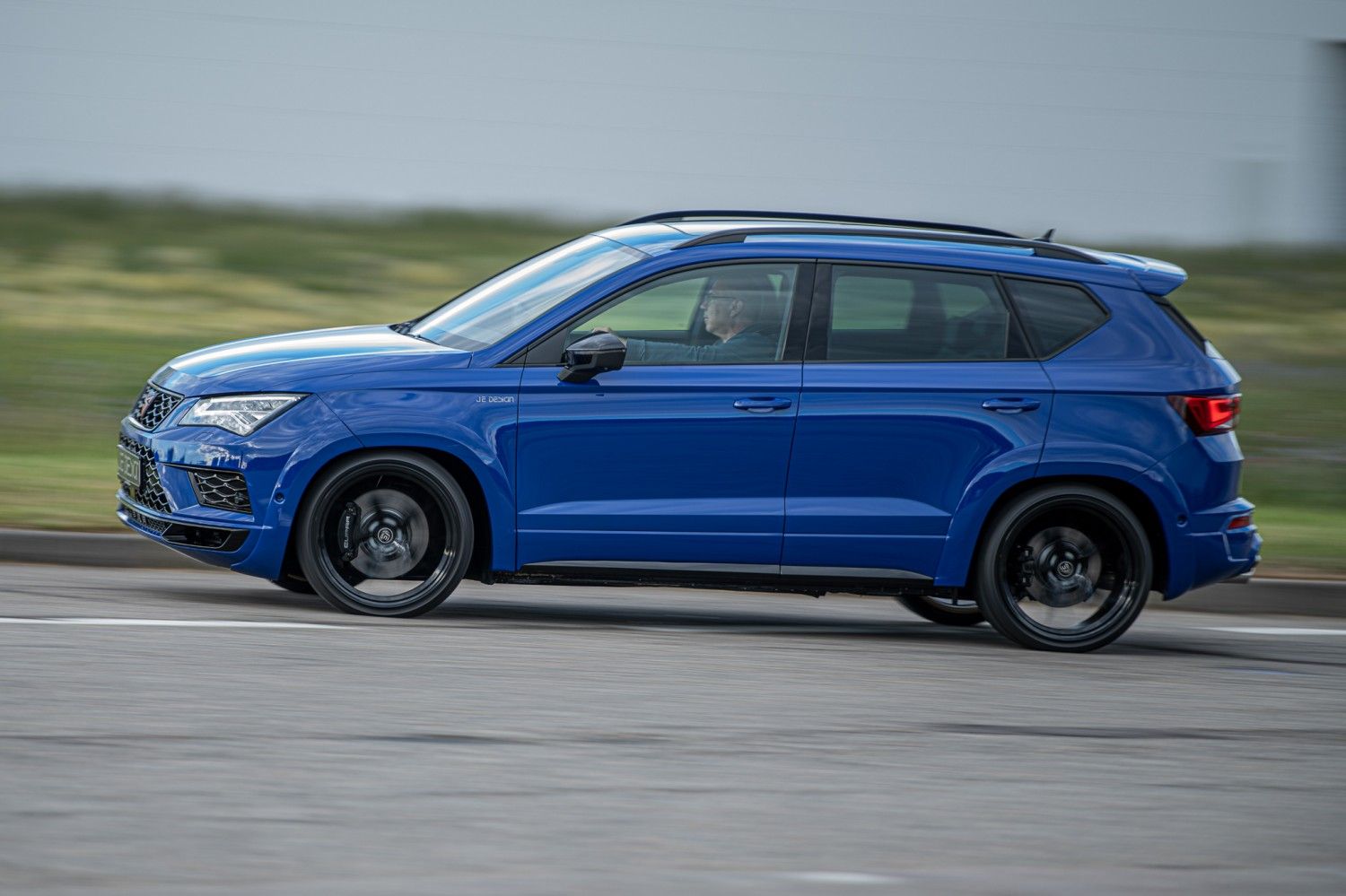 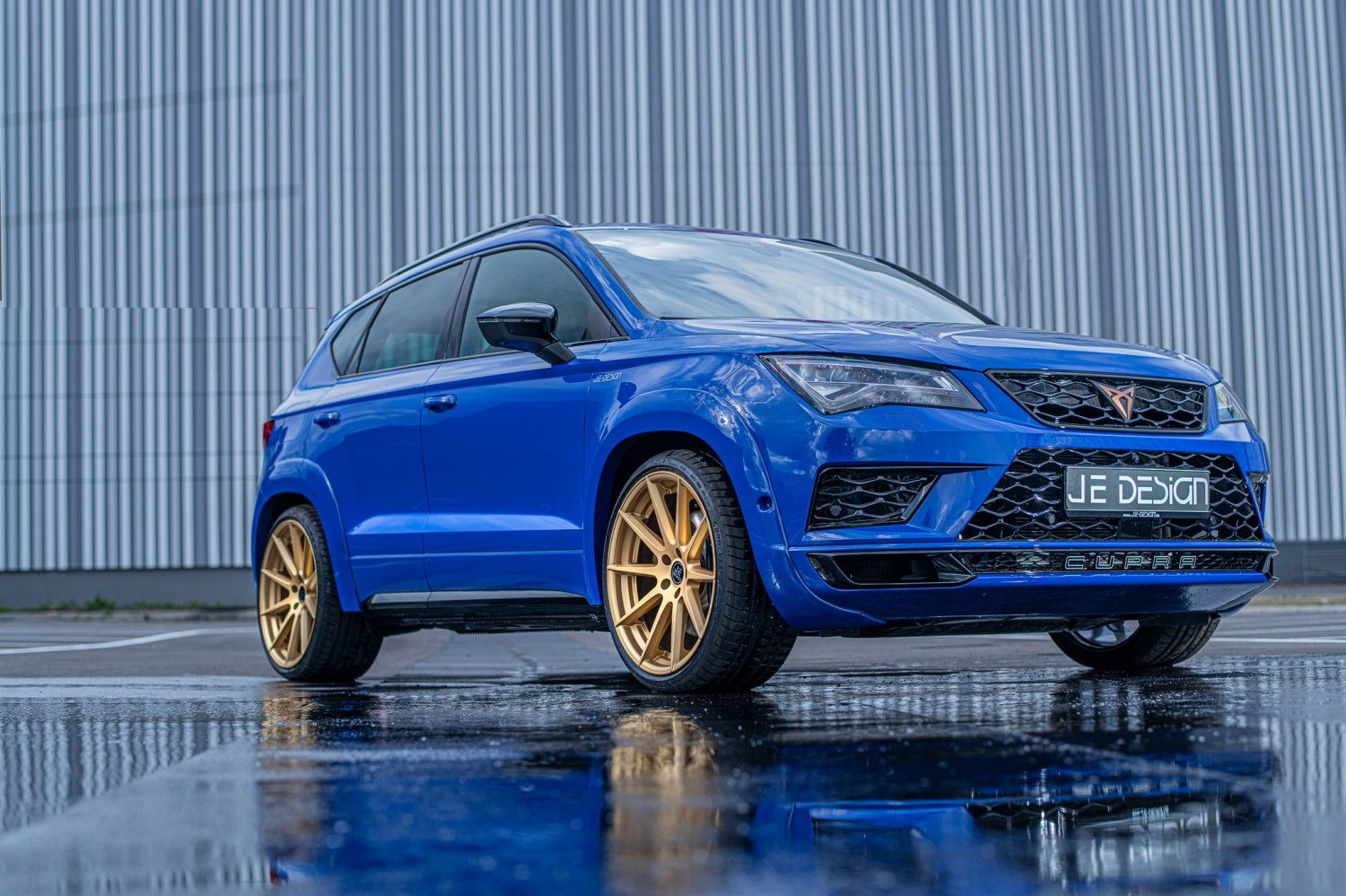 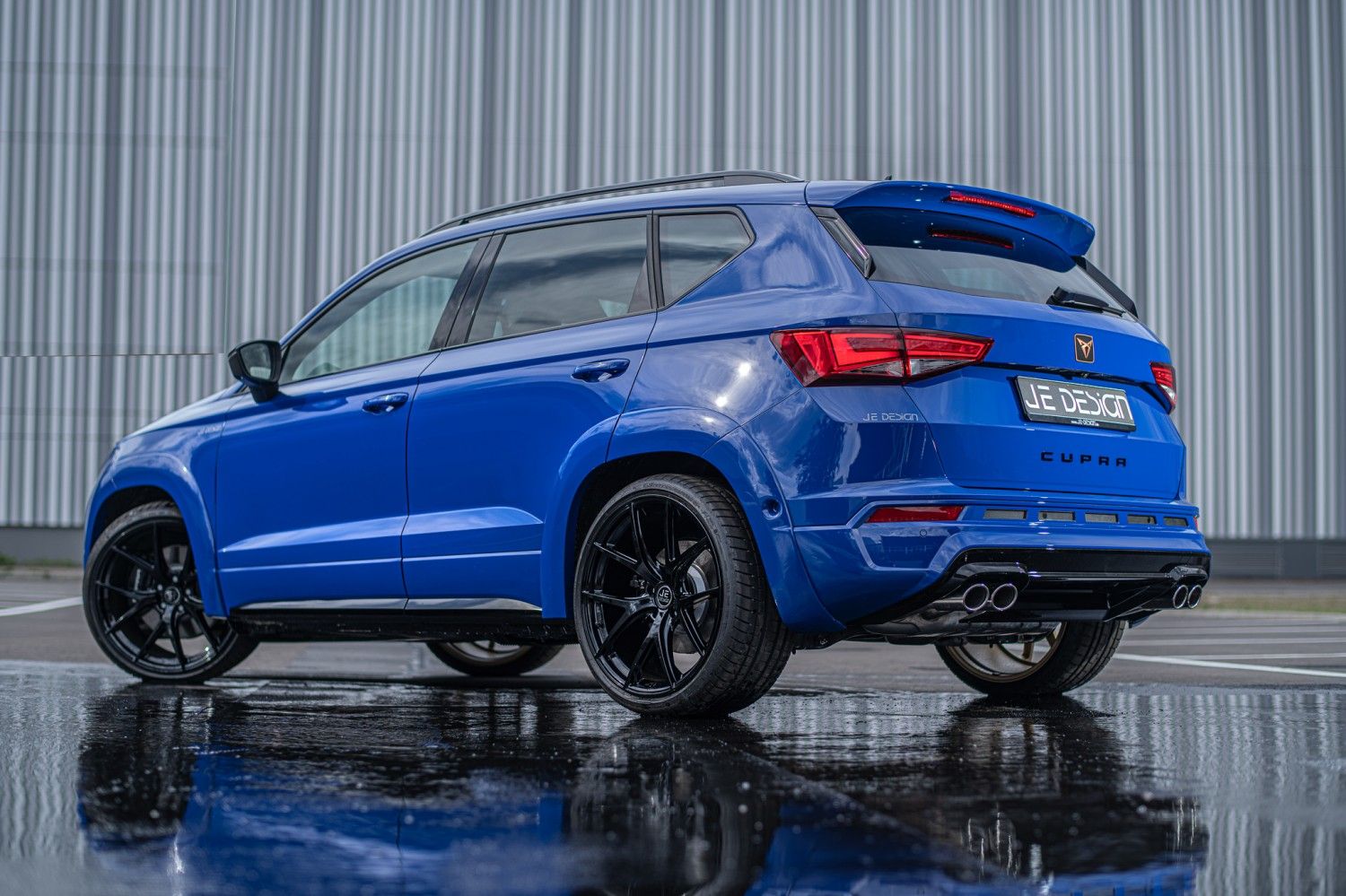 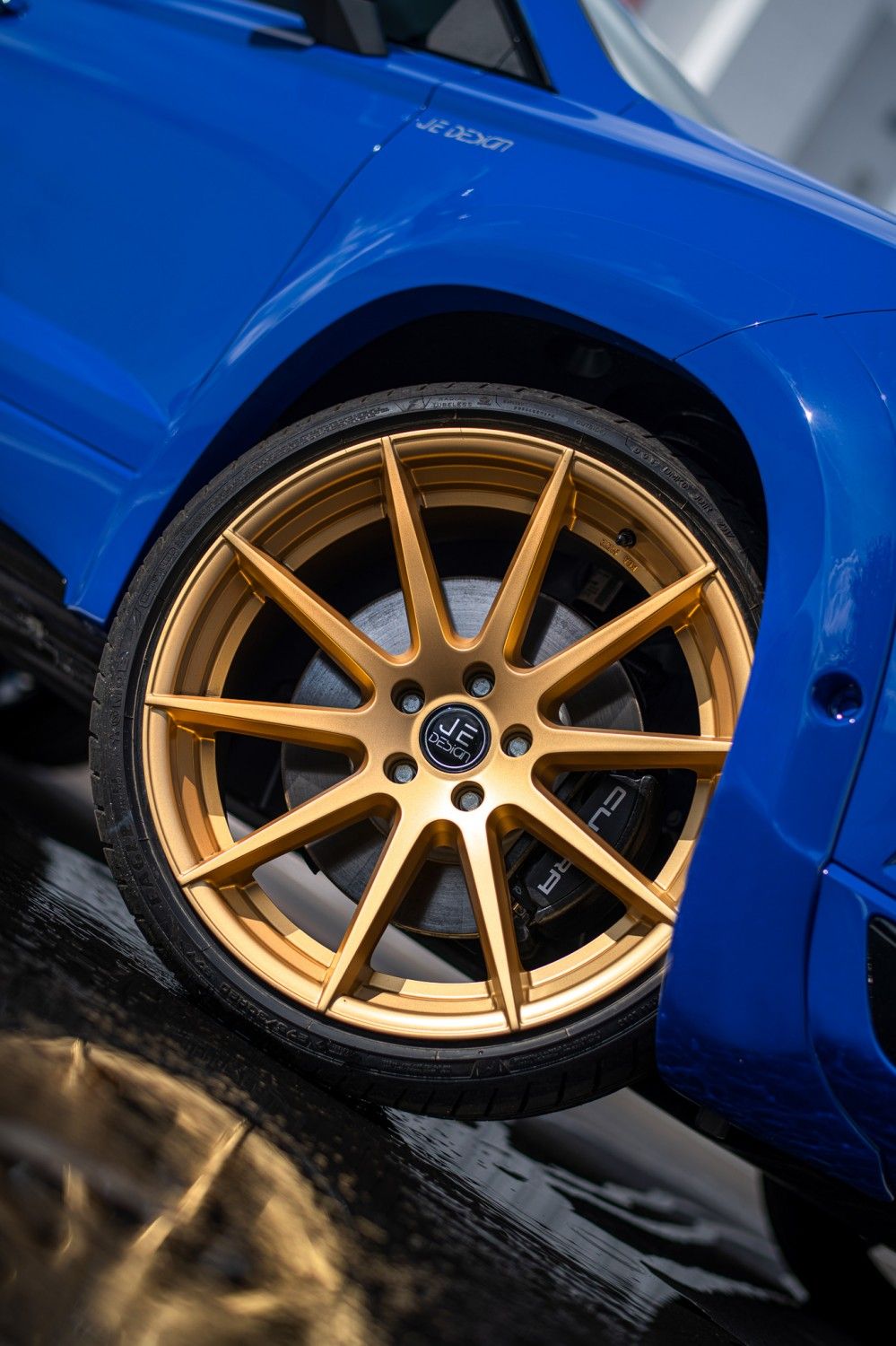 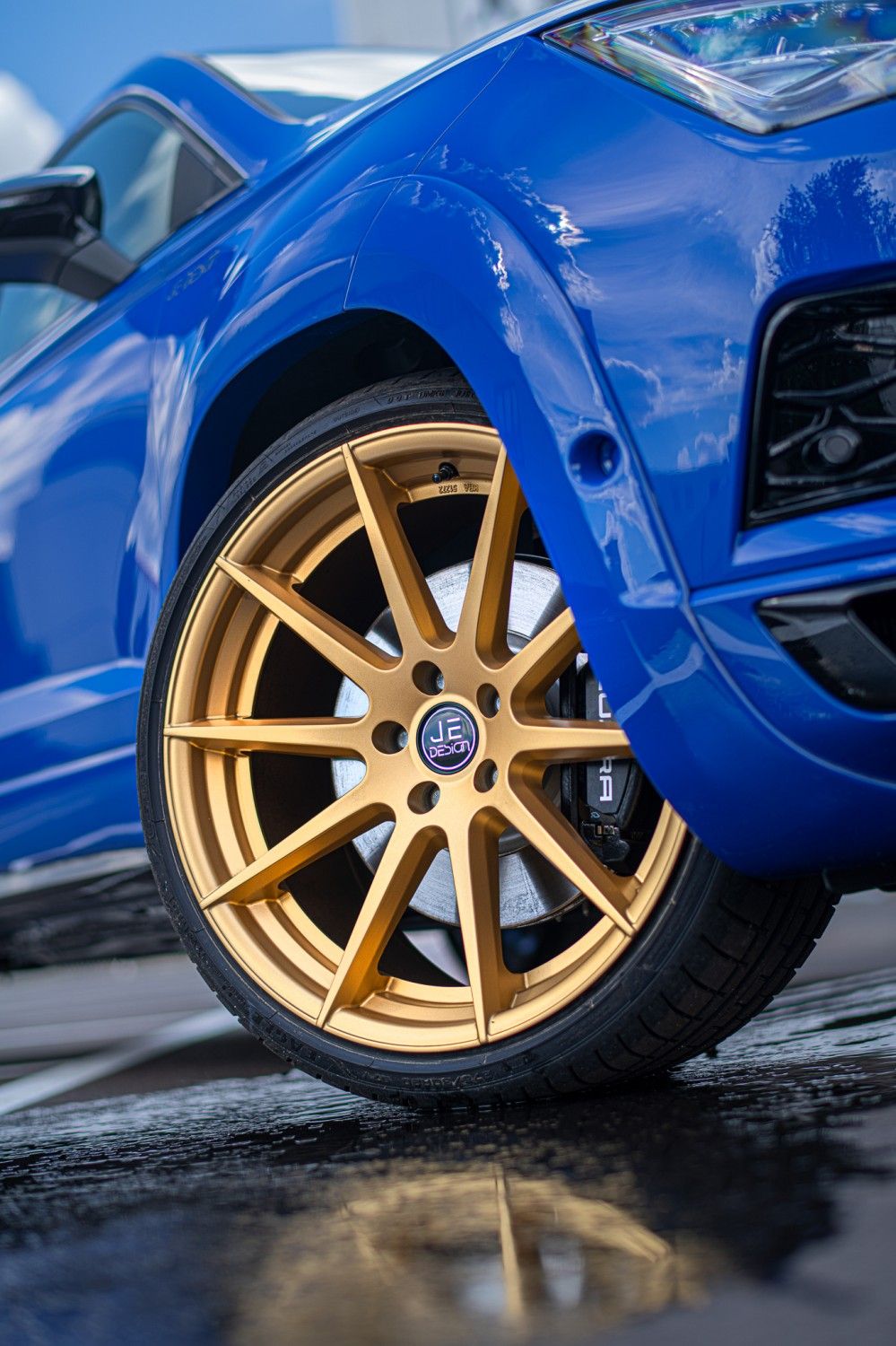 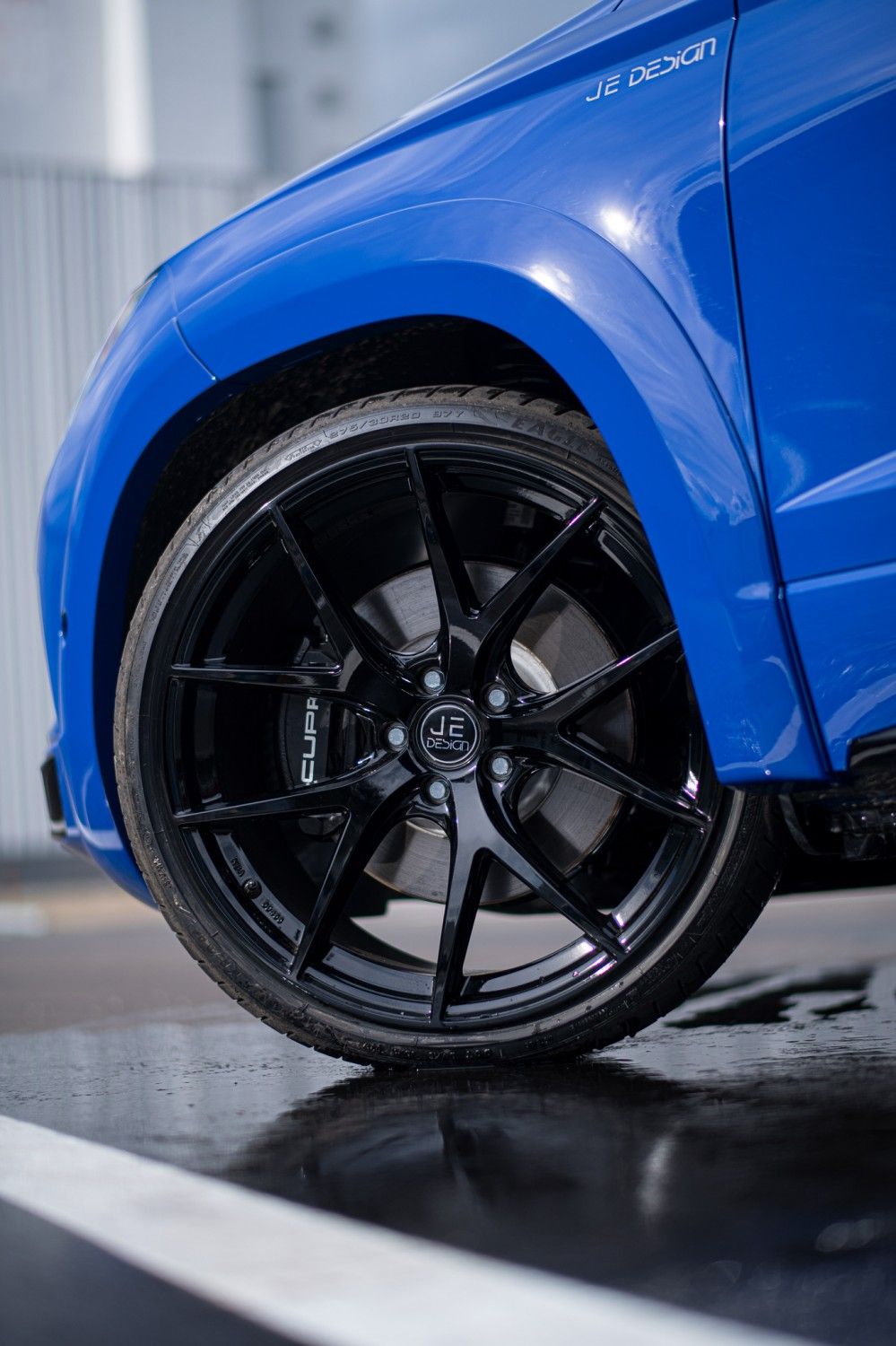 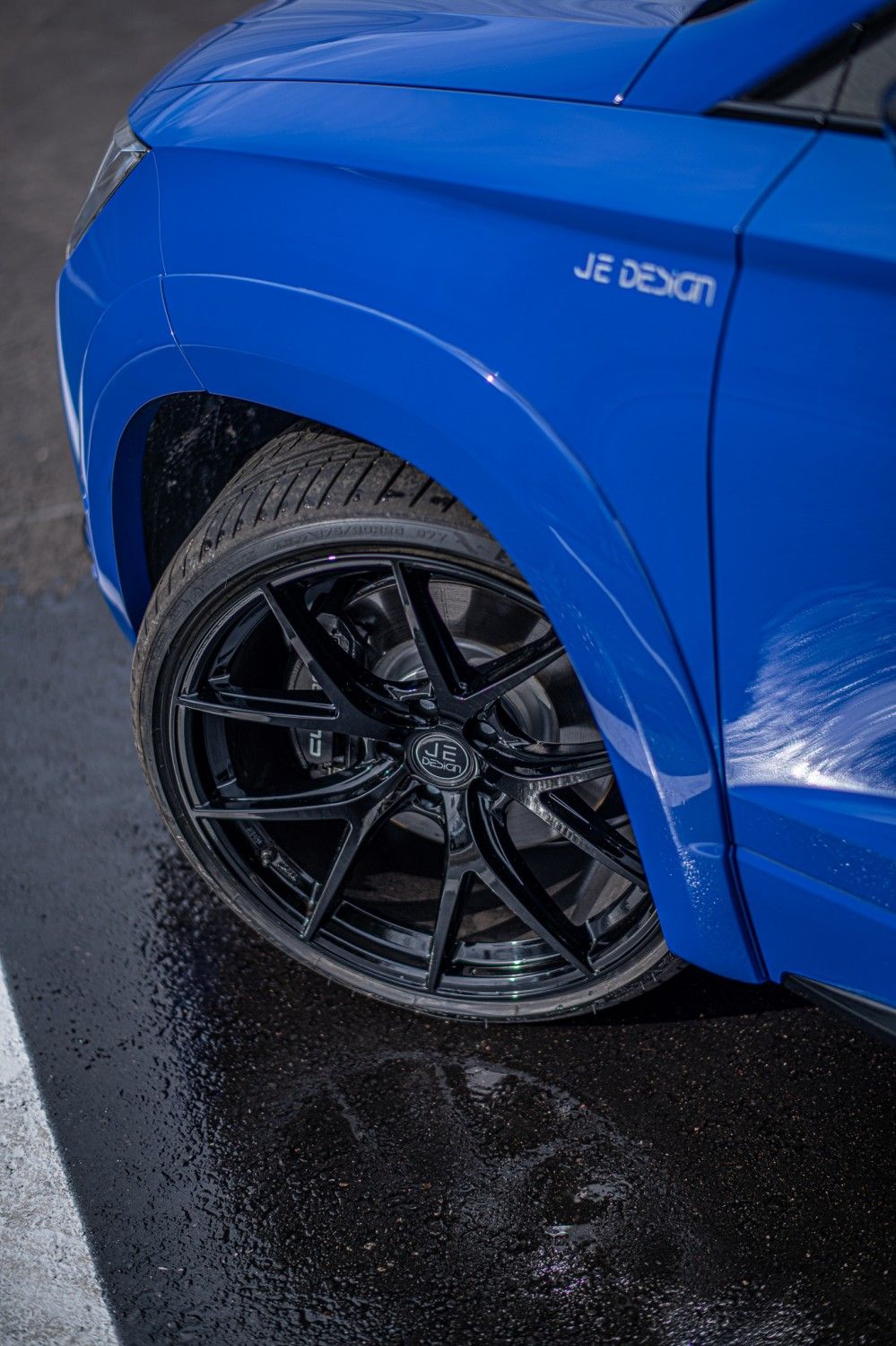 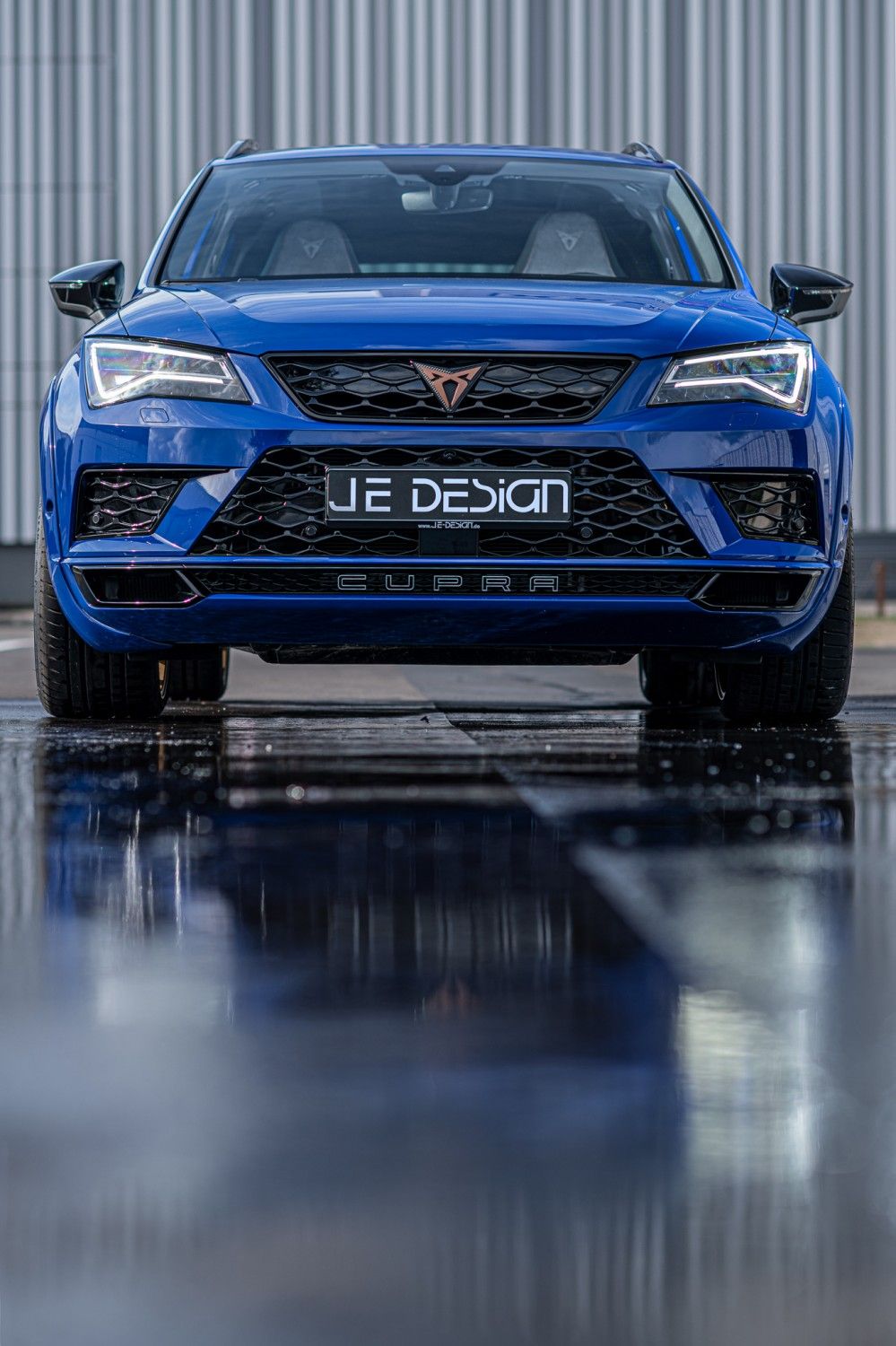 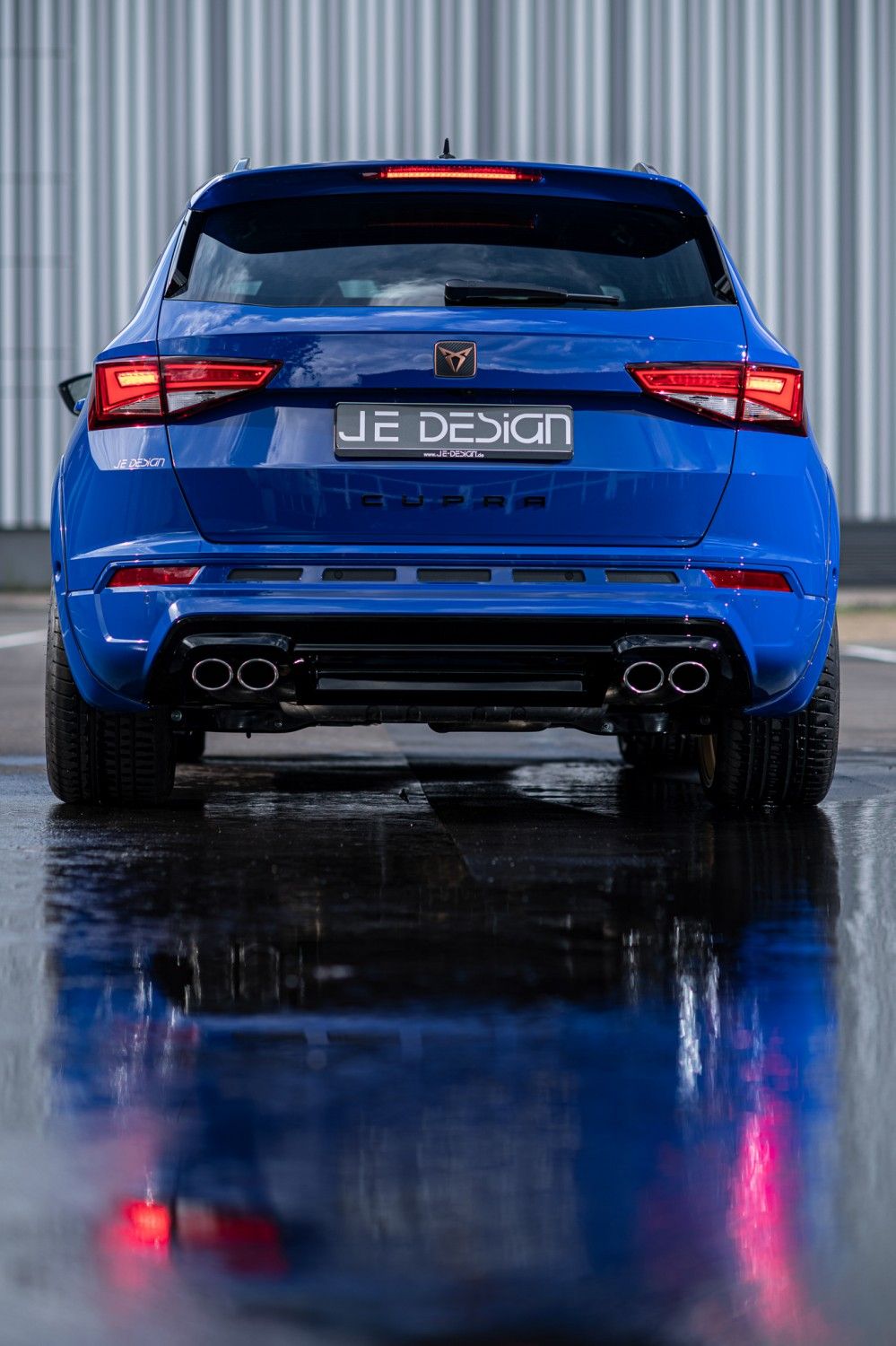 When the Cupra Ateca was launched, JE DESIGN presented a full range of refinements. Due to the great success, the tuner from the Swabian Leingarten is now igniting the second stage of its program for the sporty compact SUV of the performance brand under the name Widebody Evolution. 20-inch rims, a lowering kit and an increase in performance to 360 PS plus a flap exhaust system with EC approval complete the offer.

JE DESIGN has been dealing with sporty models from the Volkswagen Group for many years. The tuner has recently been paying particular attention to the Cupra models from the Spanish Volkswagen Group brand Seat, which have been marketed under the independent Cupra label since 2018. The first real Cupra model was the Cupra Ateca at the end of 2018. The Cupra Leon and Cupra Leon ST models are now also part of the portfolio. Other sporty offshoots such as the Cupra Formentor are to follow soon.

While the widebody kit developed by JE DESIGN and of course still available fits all versions of the Ateca, the wide body in the "Evolution" version is only available for the Cupra Ateca. The designers have taken further measurements and elegantly lowered the wheel arch extensions extended so that they now skilfully flatter the standard bumpers of the Cupra Ateca at the front and rear. This makes the compact SUV not only more powerful, but also more elegant. The ten-part wheel spacer set with the abbreviation EVO can be ordered from JE DESIGN.

For company owner Jochen Eckelt, one thing is clear: no wide body without the right gear train! JE DESIGN has chosen a design-optimized bike for the Widebody Evolution - namely the "Sportrace" model with a gold-matt finish. The Twin Five wheel in gloss black is also optionally available in the same size. The sporty one-piece in size 10 x 20 inches can be ordered from JE DESIGN as a complete wheel set with Conti Sport Contact 6 in size 275/30 R20. Alternatively, the standard 19 inch wheels with matching spacers can also be used.

The lowering springs available from JE DESIGN reduce the center of gravity of the sporty Cupra Ateca by 30 millimeters on the front and rear axles. By combining the springs with the standard dampers, the DCC chassis remains active.

JE DESIGN ensures an adequate sound with a flap exhaust system including EC approval. It ends in four oval tailpipes, which are also available in black enamel. This can be controlled via the original driving profile selection. There you can choose from the Comfort, Sport and Cupra driving profiles. In the Comfort and Sport profiles, the exhaust flap remains closed and the exhaust sounds discreetly sporty. Not so in Cupra mode: When the flap is open, the exhaust system ignites its full sound.

Need more power? No problem. JE DESIGN has an additional control unit in its range that allows the performance of the turbocharged two-liter petrol engine to climb from 300 PS (221 kW) to 360 PS (265 kW) with a maximum torque of 450 Nm (series: 400 Nm). As with the production model, the top speed is 247 km / h. But the acceleration and the pulling power are significantly better: The power injection lets the compact SUV march at country road speed within 4.8 seconds. The production model needs almost half a second longer with 5.2 seconds. The increase in performance is offered with a two-year guarantee from first registration up to a maximum of 100,000 kilometers.

The loading sill protection is more of a practical nature. It protects the paint on the top edge of the bumper from unsightly scratches when loading and unloading. The utensil is optionally available in black-gloss or silver-matt.

All parts also fit on the new Cupra Ateca Special Edition and are supplied with a parts certificate or Swiss test certificate or EC approval. On request, the team around company boss Jochen Eckelt also assembles and paints all parts and organizes the acceptance by a recognized testing organization. Further information is available at www.je-design.de or www.je-design.com.