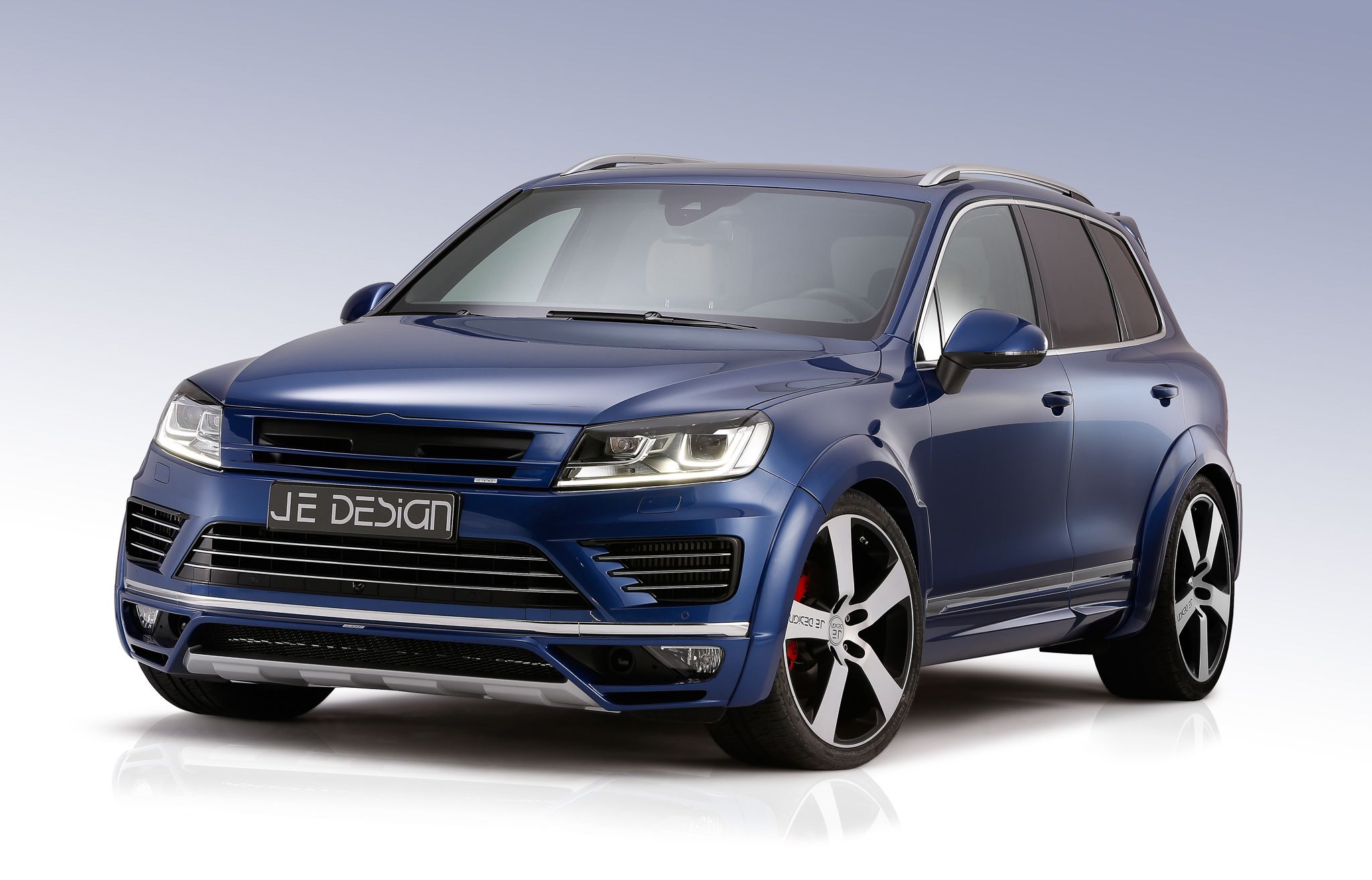 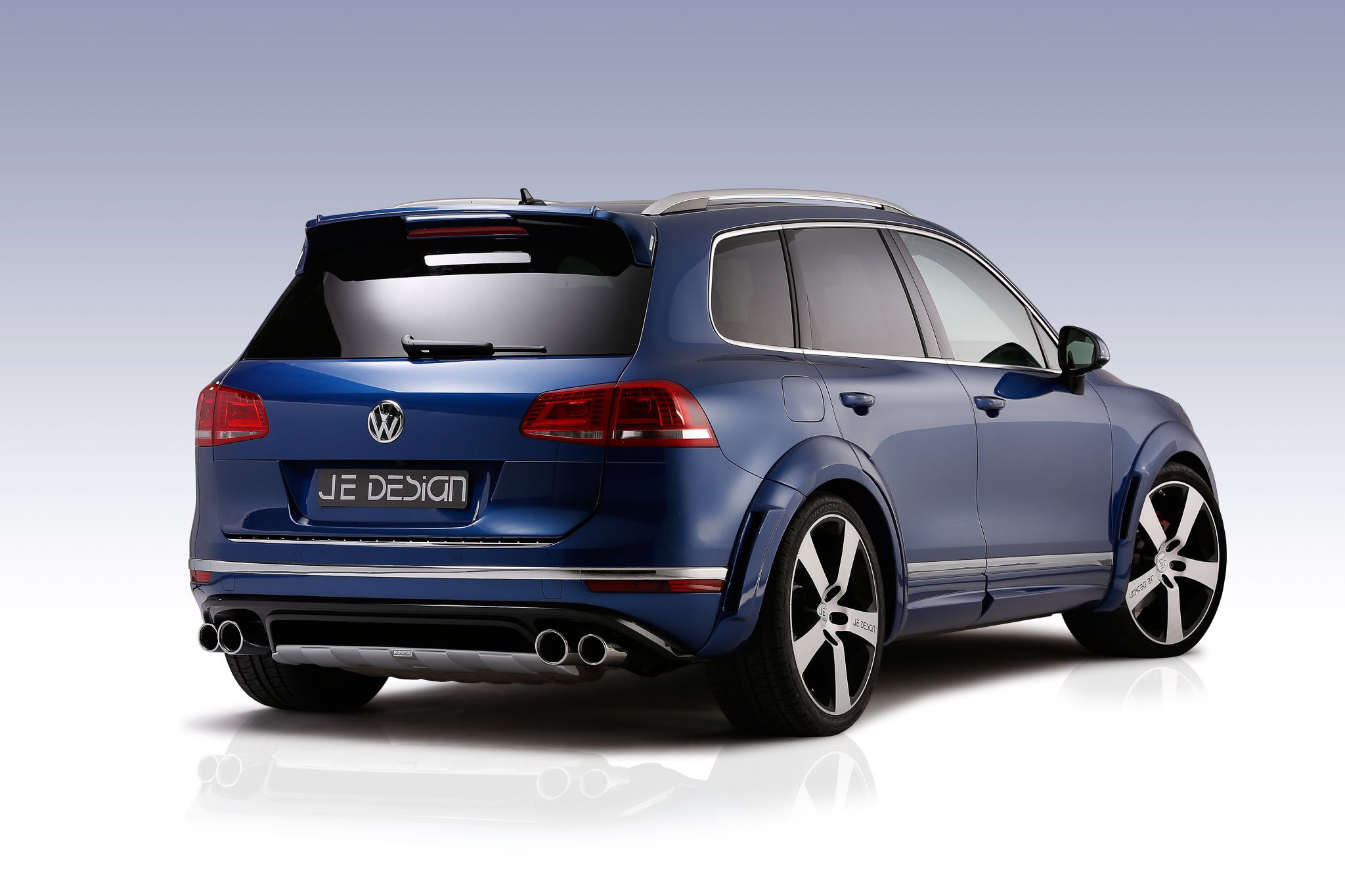 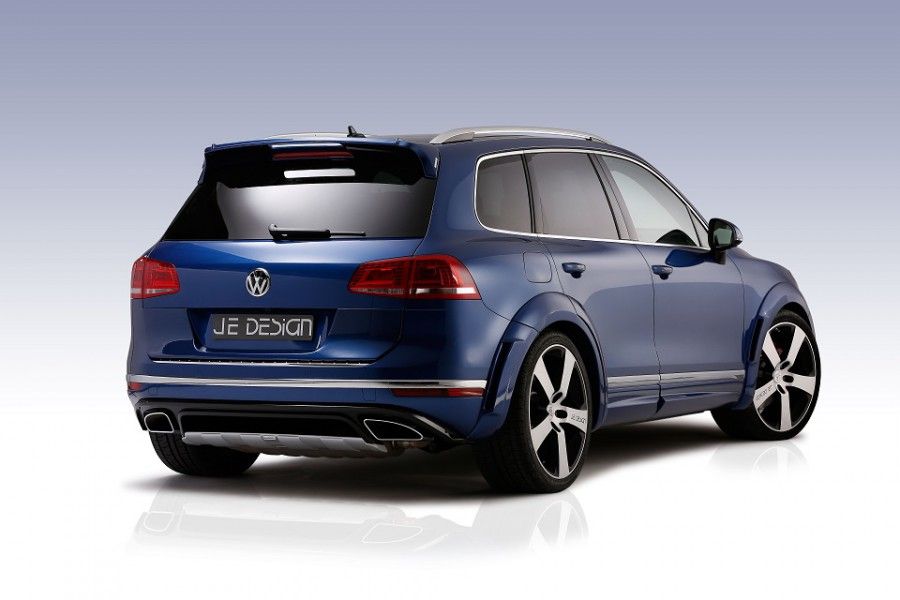 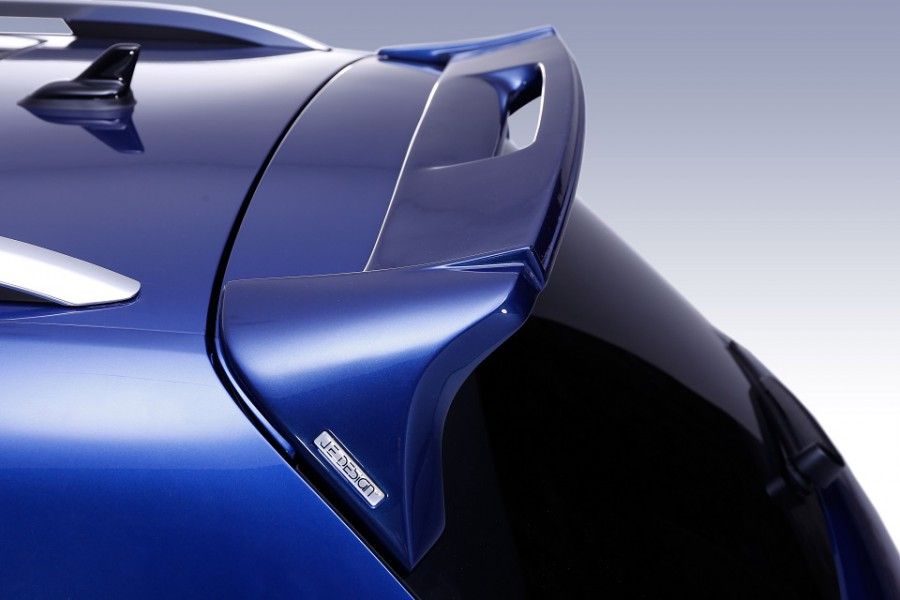 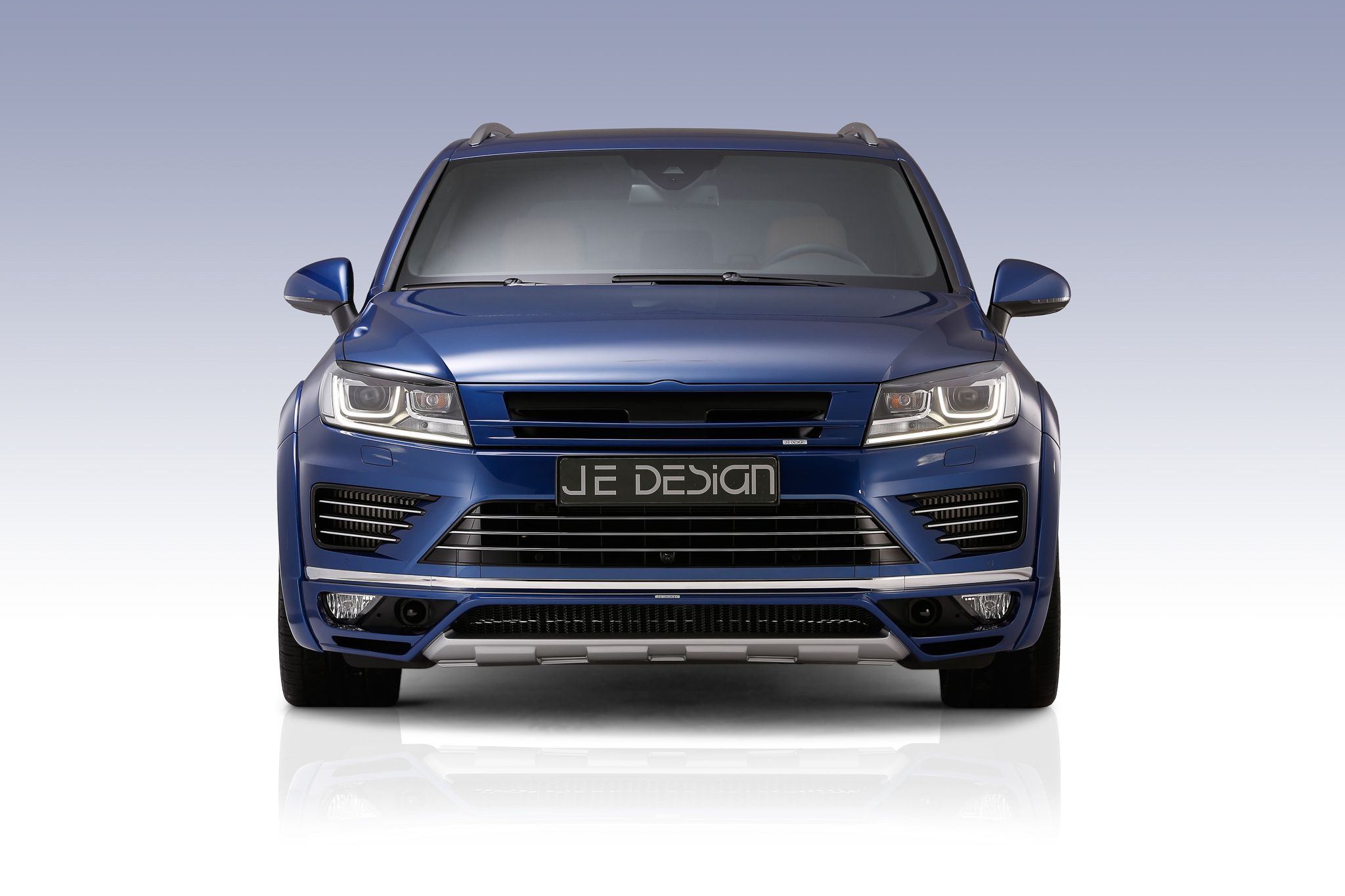 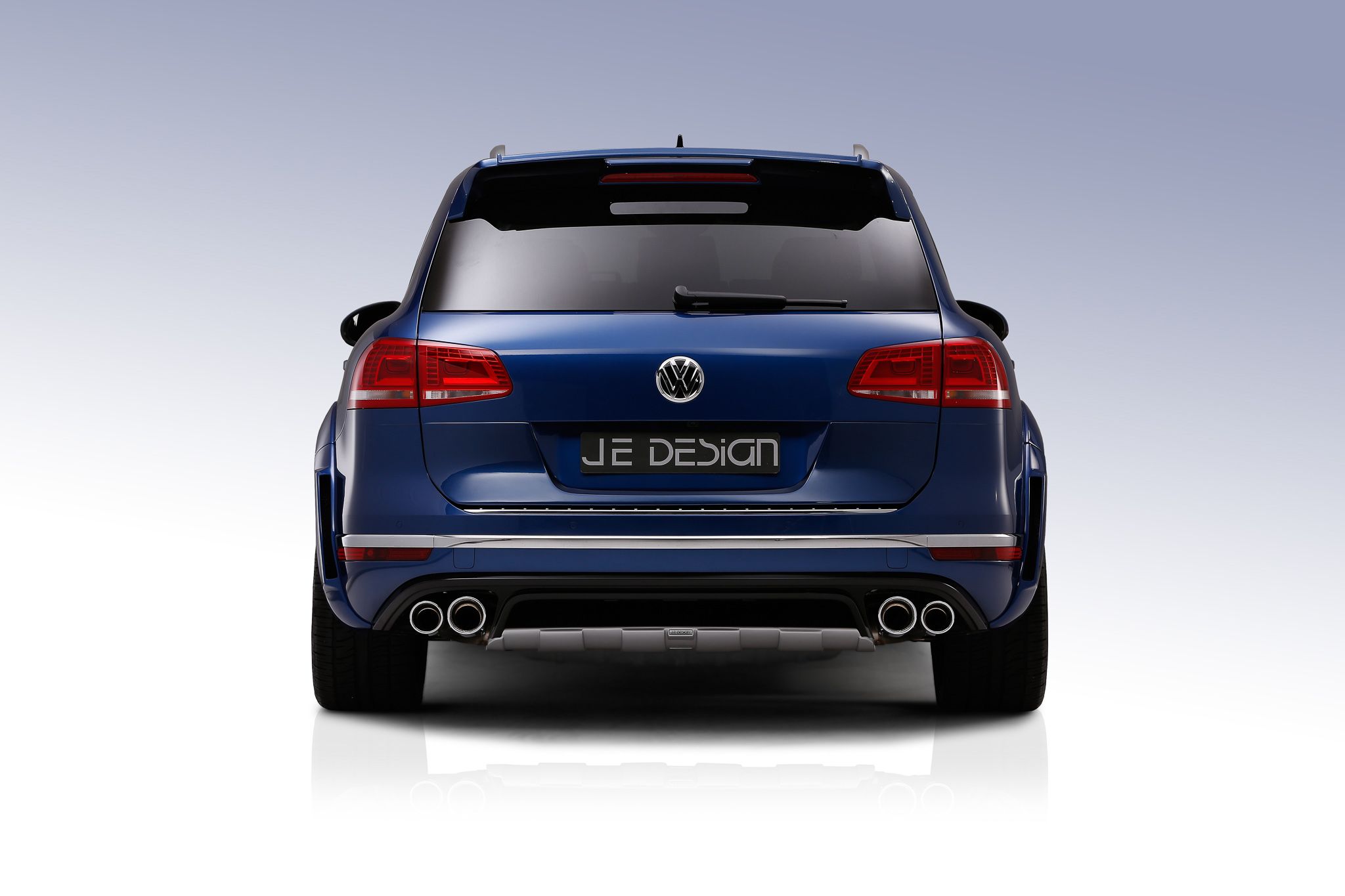 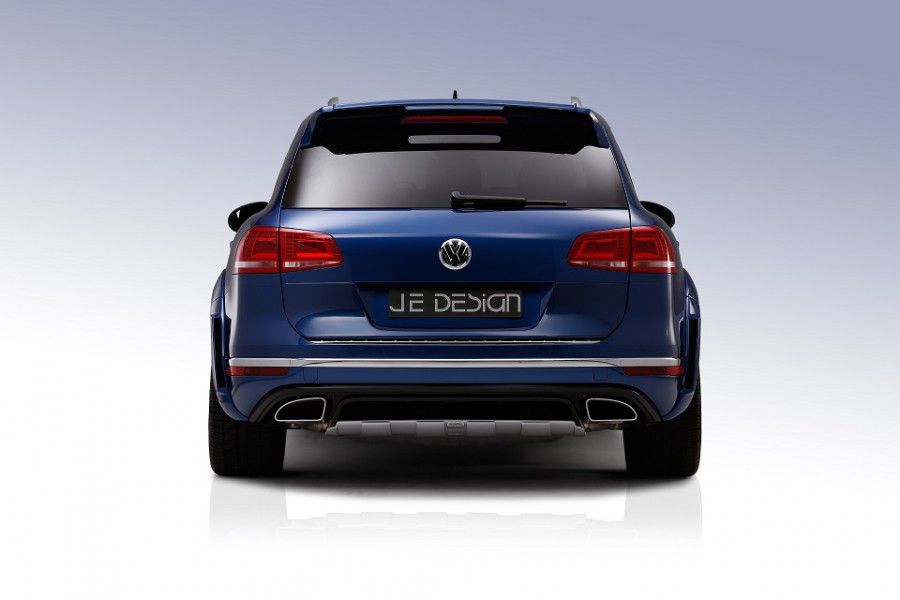 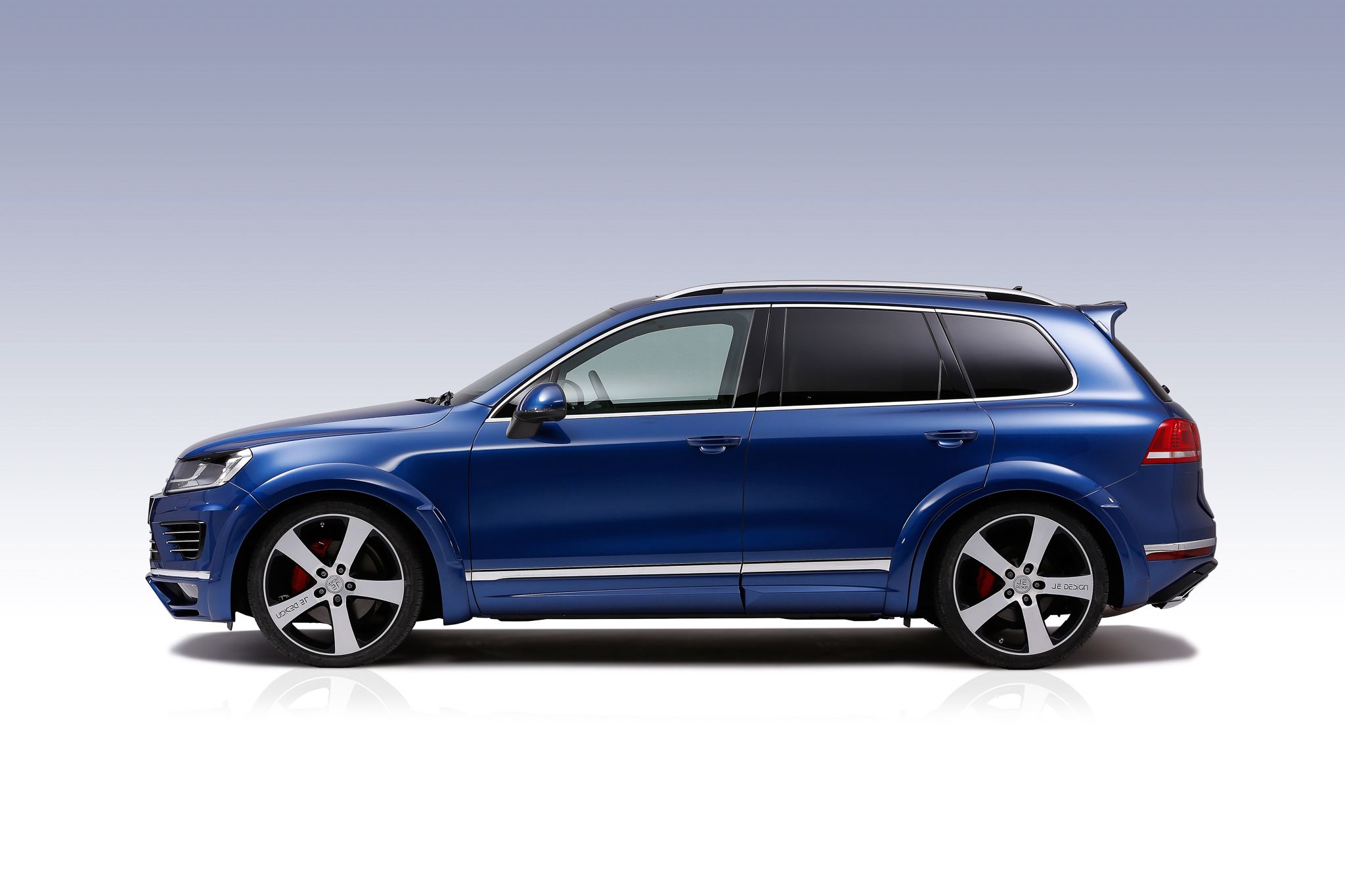 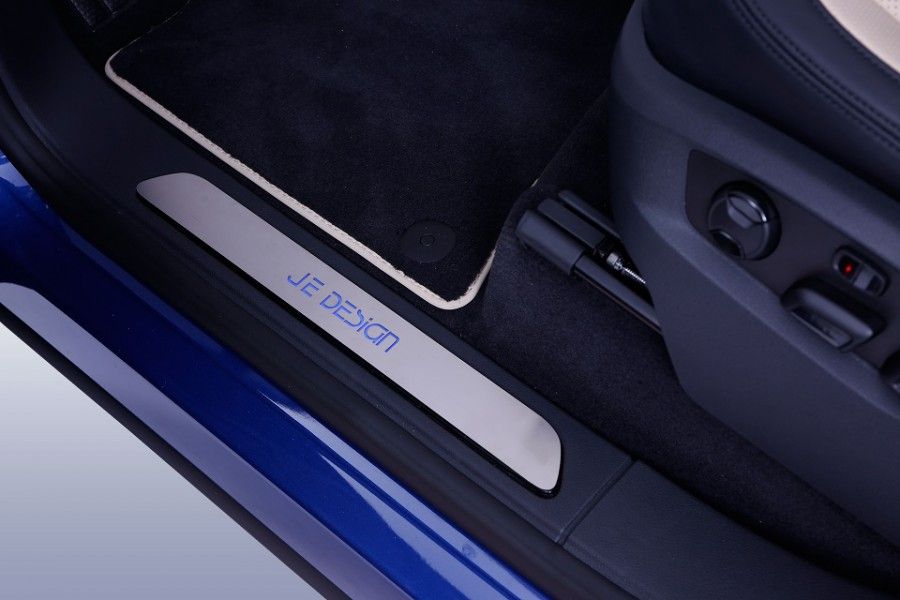 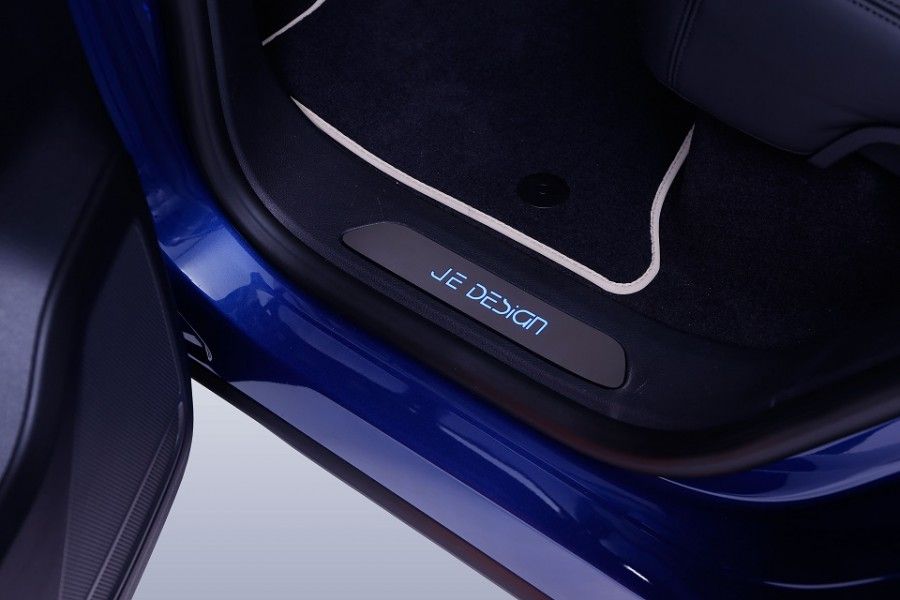 visit our Oline-Shop for this car

Now with extra modern elegance and luxury: VW has given its Touareg flagship SUV a further major revamp for the 2015 model year. And as if that wasn't enough, tuning specialist JE DESIGN has found even more scope for improvement. Increased power, suspension lowering and a complete aerodynamic kit for the R-Line version of the Touareg 7P 2015 make a real splash in terms of performance and individuality.

JE DESIGN is no stranger to the Touareg: based in Leingarten, Baden-Württemberg, the company has been involved with the premium SUV ever since it first rolled off the assembly line in October 2002, offering an extensive range of tuning and styling components for every Touareg model to date. It comes as no surprise therefore that JE DESIGN has had a major hand in the emergence of the Touareg's latest incarnation. A complete body kit, consisting of radiator grille, front spoiler, wheel arch flares, roof spoiler and rear diffusor sets the Touareg 7P R-Line definitively apart from the crowd. The factory-fitted extendable trailer hitch can still be used despite the diffuser. All components can also be used individually, although the wheel arch flares have to be fitted together with the front spoiler.

Under the hood, a JE DESIGN additional control unit boosts the standard V8-TDI from 340 to 410 hp and 930 Nm torque (standard 800 Nm). The module comes with a two-year warranty on engine and transmission and accelerates the 0 to 100 km/h sprint by four tenths to 5.4 seconds. You can add stainless steel twin tailpipes as a visual complement to the power boost.

And JE DESIGN has set its stamp on the interior too. A four-piece door sill panel set in brushed stainless steel with illuminated company logo in blue adds the perfect finishing touch to the R-Line SUV modification.

All JE DESIGN components for the 2015 VW Touareg 7P R-Line come with reports by an official inspection body. The aero kit also comes with a Swiss inspection certificate. Components for other Touareg variants of the 7P generation are already in the pipeline. 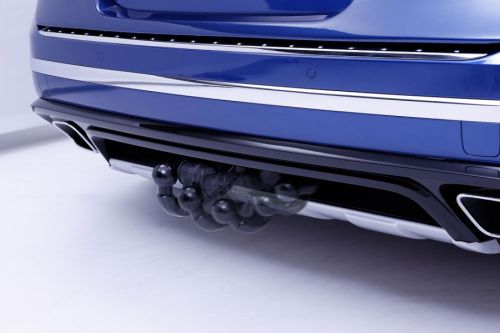 The factory-fitted extendable trailer hitch can still be used despite the diffuser. 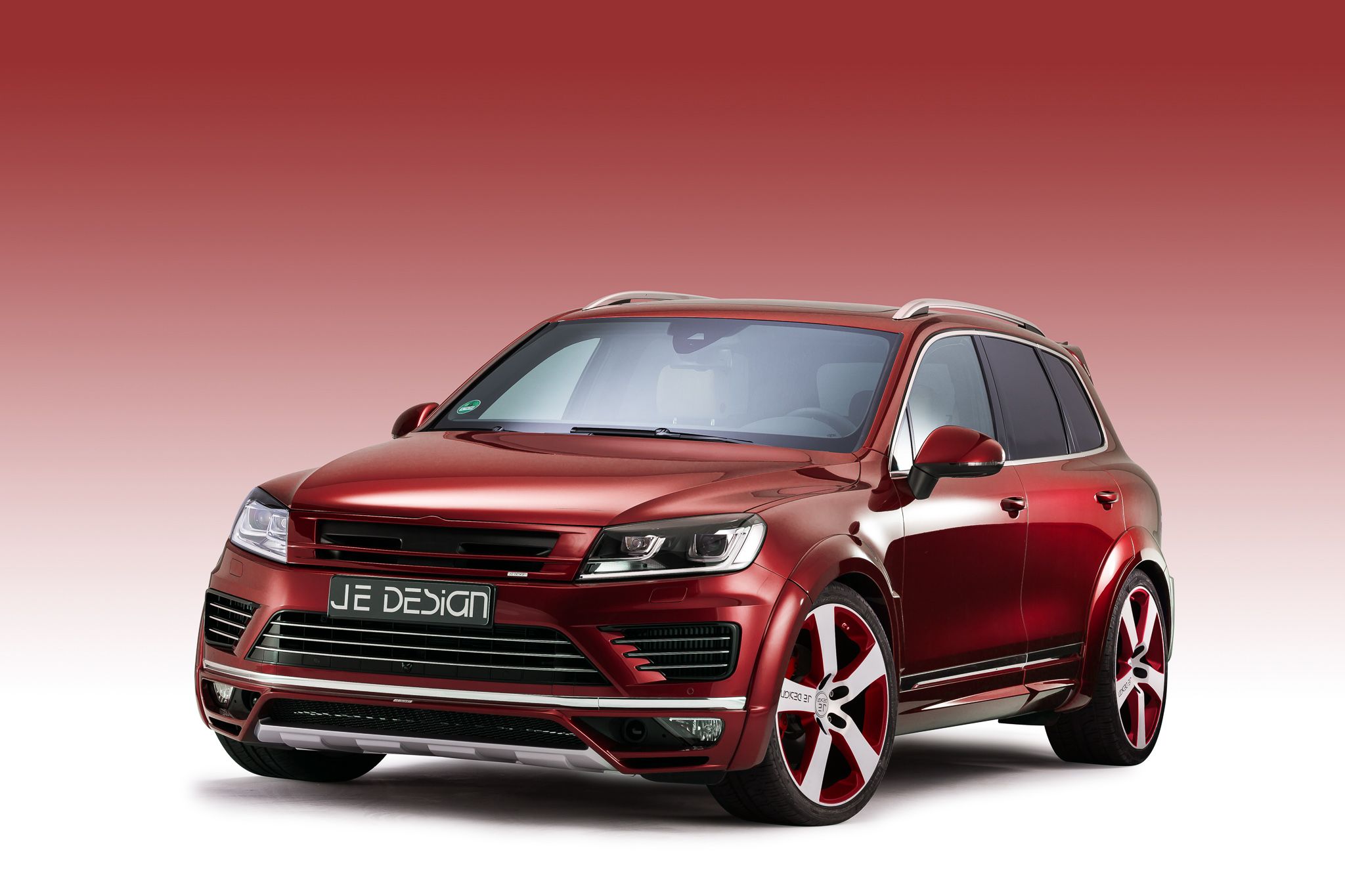 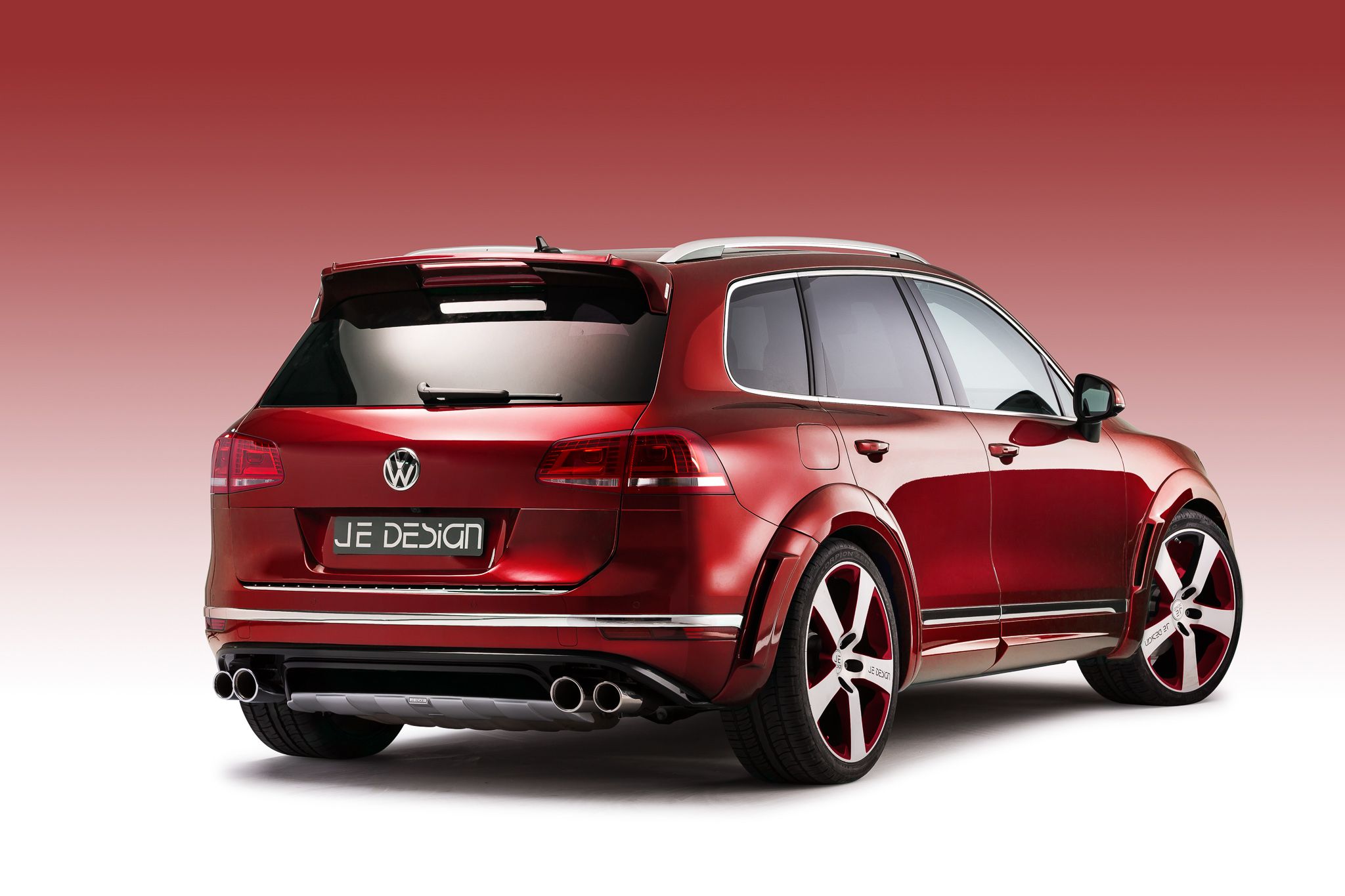 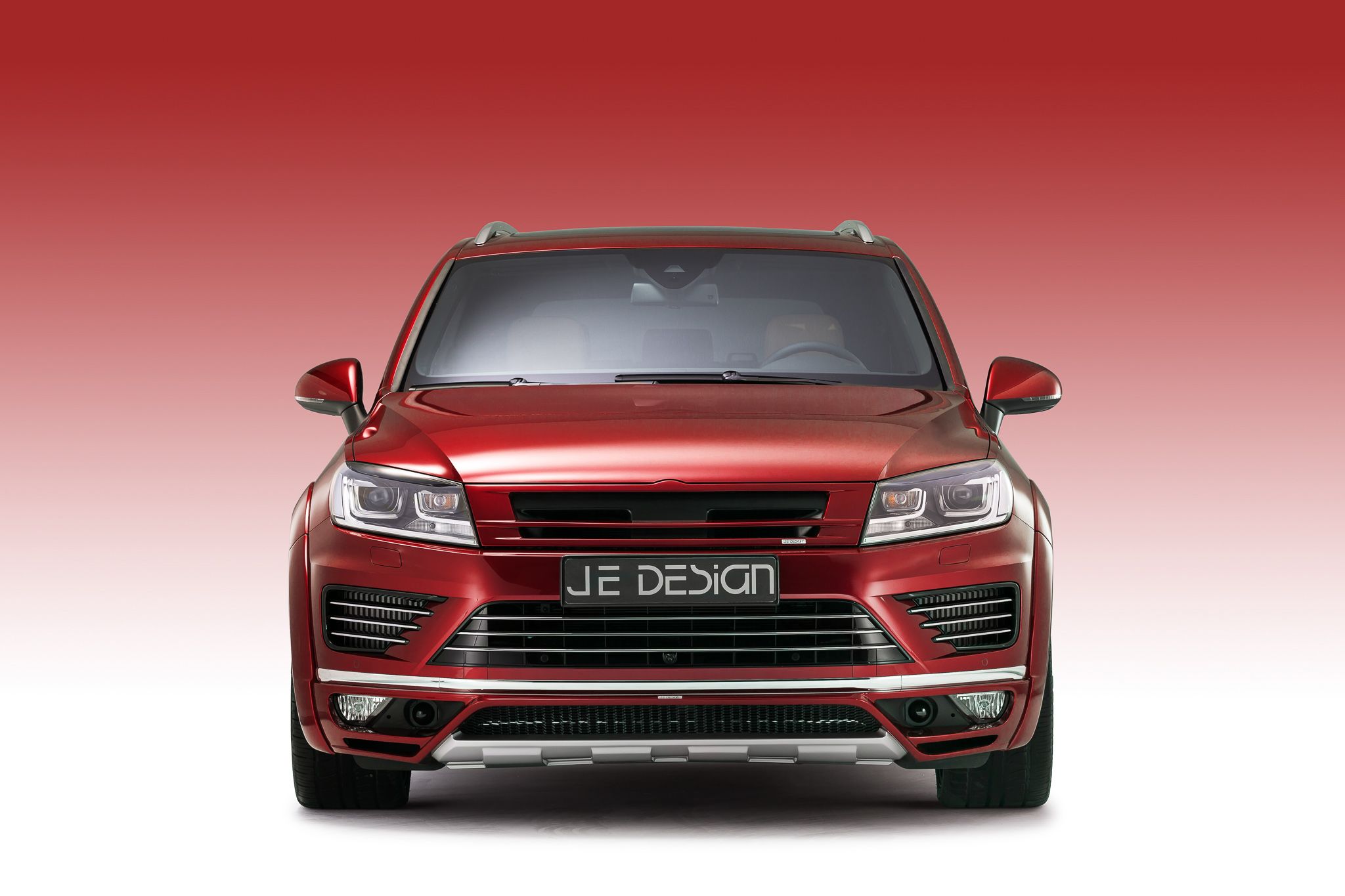 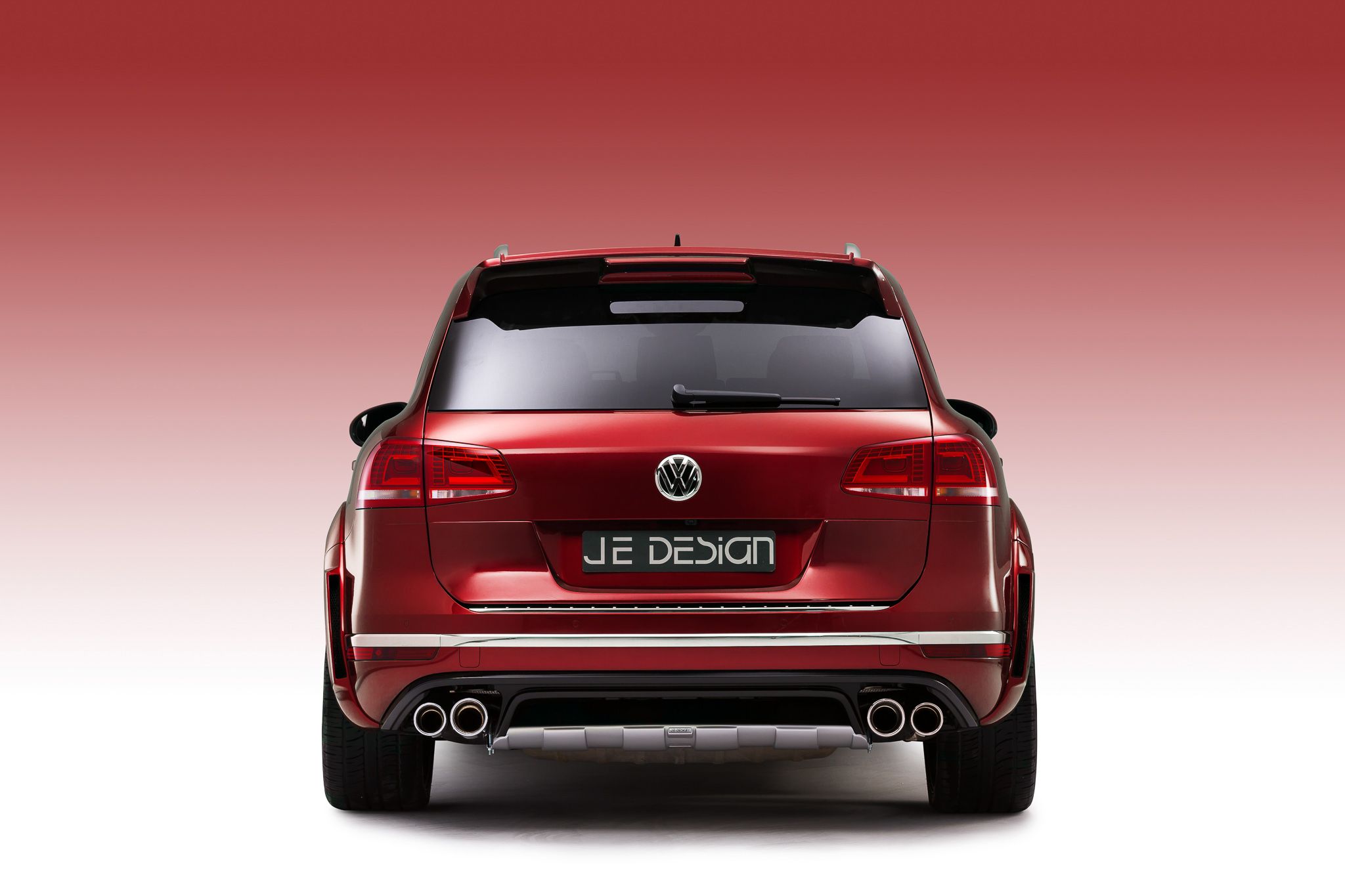 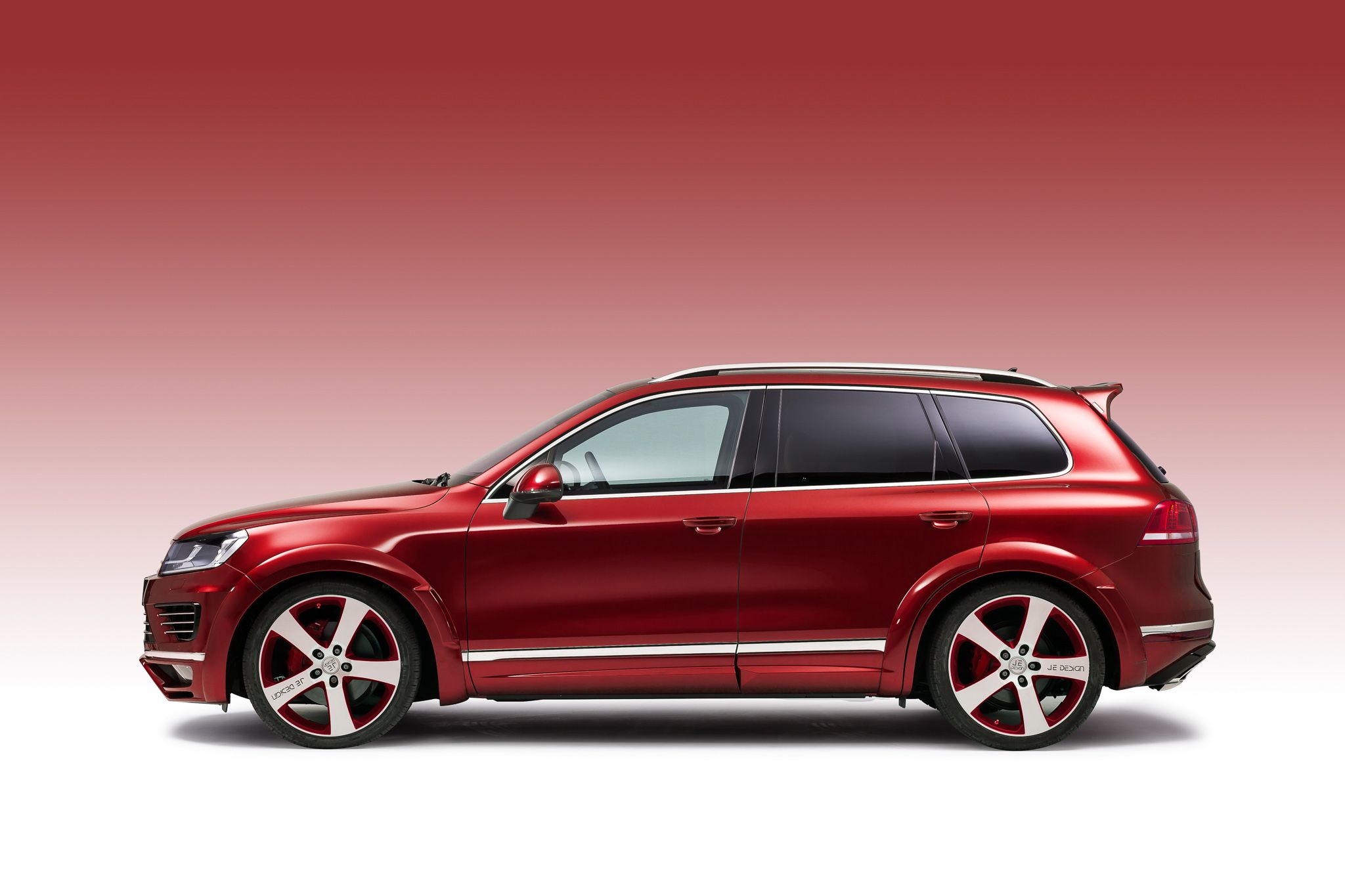 Any questions about our products?

Give us a call:

Or write an email to:

This is a modal window which pops up with a slight delay (3,000 milliseconds = 3 seconds for this example) after the page is loaded and stores a cookie in the browser. Once the modal was closed it will not show again until a certain number of days has passed: 1 day in this example.